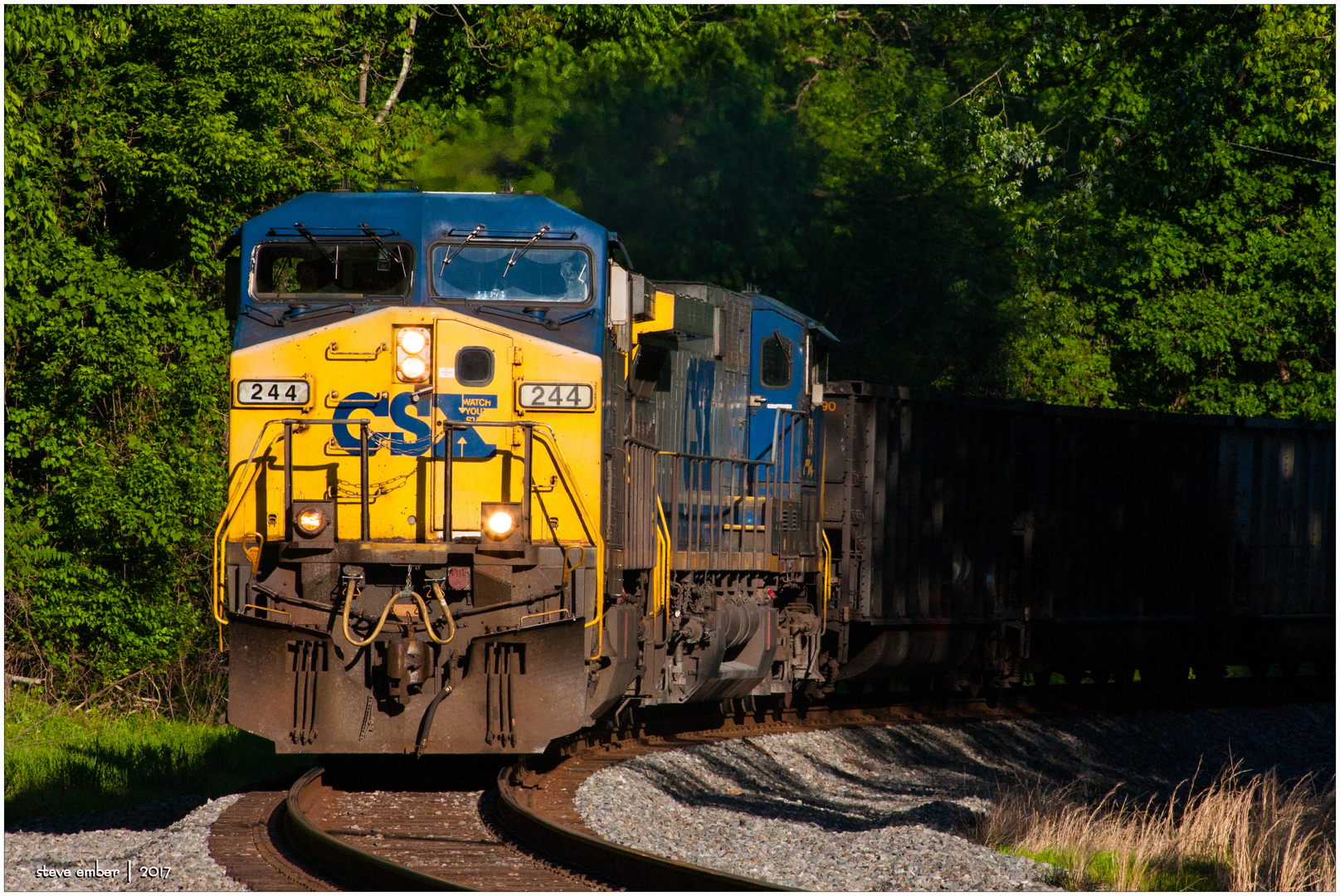 On this inviting late afternoon in May, a westbound CSX freight train, powered by two GE AC44CW
diesel-electric locomotives, emerges from a densely forested area of the Patapsco River Valley,
as it approaches Gun Road, along the Old Main Line.

It is heading for a meet with an eastbound freight, currently waiting at a passing siding (*).

The historic "Old Main" was built by the Baltimore and Ohio Railroad through the Patapsco Valley, connecting Relay, just outside Baltimore, with Point of Rocks. It is single track with the exception of passing sidings, allowing trains heading in the opposite direction to operate. While local passenger trains of the B&O once meandered along this scenic route, the line now sees only freight trains (although a short stretch of it is used by Washington to Frederick, Maryland trains of the MARC commuter rail system).

Once the westbound freight has cleared, the eastbound train
will come "out of the hole" and proceed in the direction of Baltimore.