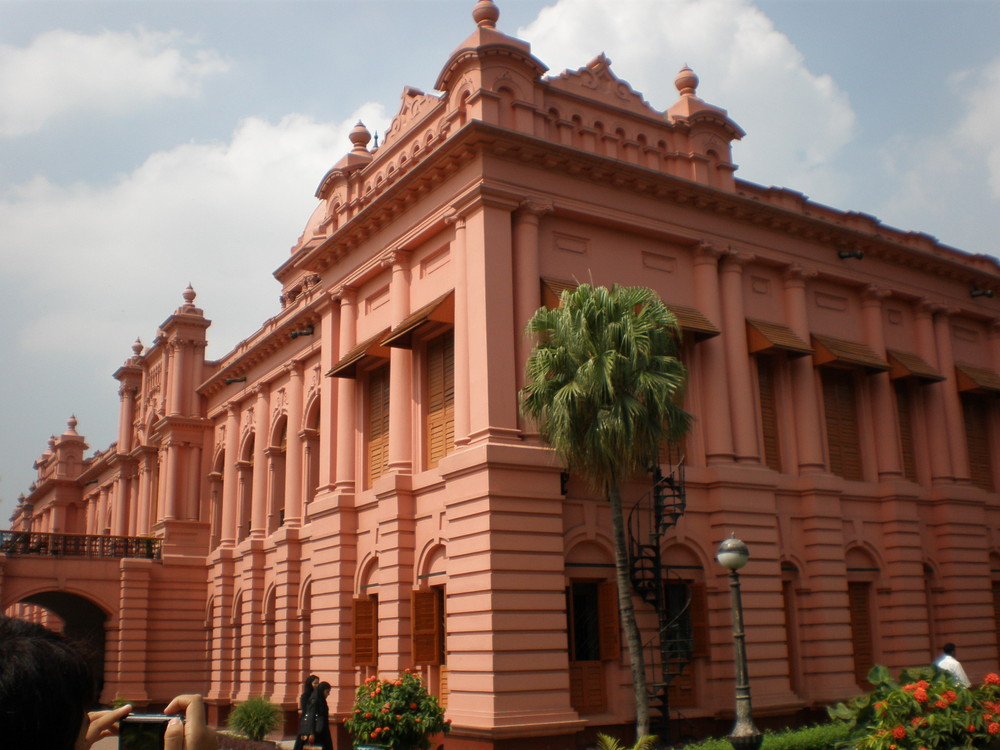 Ahsan Manzil was the official residential palace and seat of the Dhaka Nawab Family. It is situated on the banks of the Buriganga River in Bangladesh. The palace is now a museum.
The palace has enjoyed a varied history, starting from being Rang Mahal to a French trading centre.Nawab Khwaja Alimullah bought it from the French in 1830 and converted it into his residence, effecting necessary reconstruction and renovations. The final reconstruction was done by Martin & Company, a European construction and engineering firm, at the behest of Nawab Khwaja Abdul Ghani, who converted this house into the official Nawabi residence.
The construction of the palace was begun in 1859 and completed in 1872. Abdul Ghani named it Ahsan Manzil after his son Nawab Khwaja Ahsanullah.

Ahsan Manzil is one of the most significant architectural monuments of Bangladesh. Established on a raised platform of 1 metre, the two-storied palace measures 125.4 m by 28.75 m. The height of the ground floor is 5 metres and that of the first floor 5.8 metres.An open spacious stairway comes down from the southern portico, extending onto the bank of the river through the front garden. There was once a fountain in the garden in front of the stairs, that does not exist today. The spacious north and south verandas of both the floors rest on semicircular arches. The verandas and rooms are covered with marble.