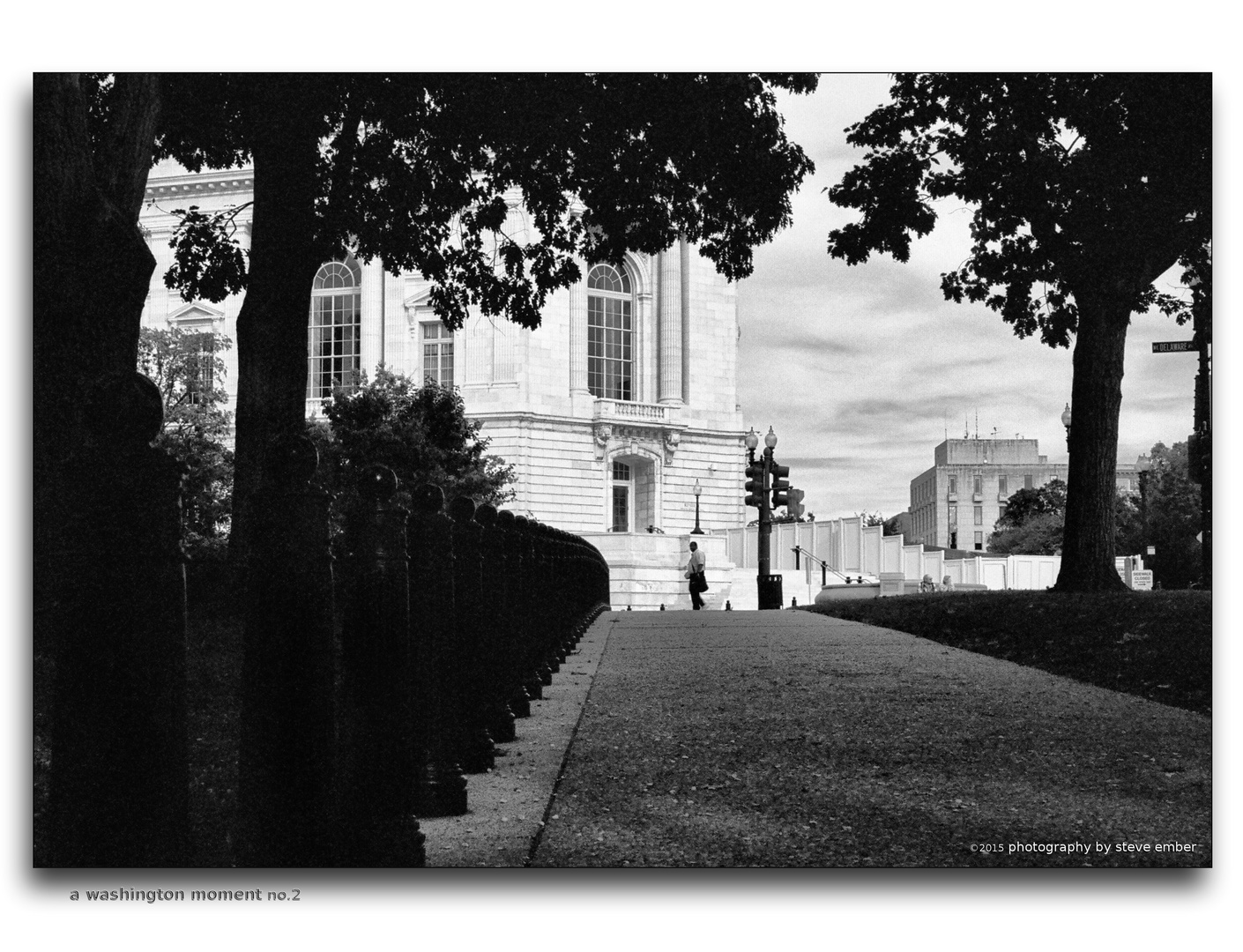 A Washington Moment - No. 2

A Washington Moment - No. 2

A calm setting on a Saturday afternoon. The bollard-lined walkway
leads to the Russell Senate Office Building on Capitol Hill.

Also known as the "Old Senate Office Building" (until there were three),
it is notably quiet on this afternoon as the Senate is not in session.

The three Senate Office Buildings sit just across Constitution Avenue from the Capitol.

A favorite cinematic moment of mine involving this building is in the superb film "Advise and Consent"
when Charles Laughton, as southern Senator Seab Cooley, in his rumpled white summer suit,
disembarks from a streetcar and joins fellow Senators Bob Munson and Stanley Danta
(Walter Pidgeon and Paul Ford) in walking up the steps of the "Old Senate Office Building," while
discussing Cooley's bitter opposition to the President's controversial choice for Secretary of State.

The image was captured on Ilford XP2 Super 400 film through
the Carl Zeiss 45 mm f/2 lens, with red filter, on my Contax G2.

It is part of an edition of Washington photographs in black and white
and is available in gallery prints and as a custom printed photo note card.