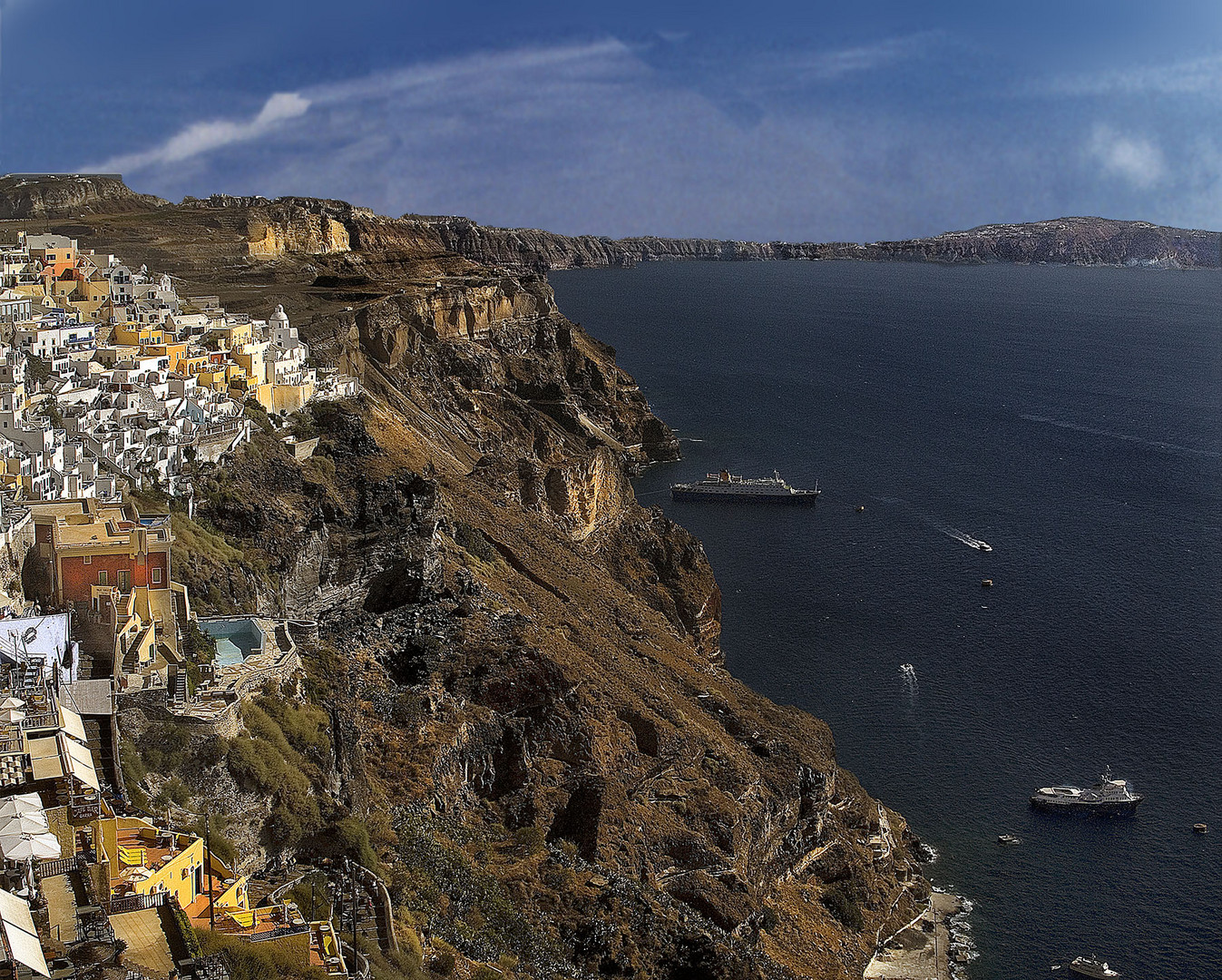 A blessing in disguise?

A blessing in disguise?

The fate of Santorini is irreversibly linked with the disposition of the pwerful volcano that roars in her depths since the Bronze Age. The island is virtually the result- and unfortunately not the end of it- of a complex history of over 2000000 volcanic eruptions during which its shape and size have changed repeatedly. The most powerful of those were in 1600 BC, 46-47 AD, 720 AD, 1570, 1710, 1870, 1928,1940. In 1640 BC a massive volcanic eruption, one of the largest ever witnessed by mankind, took place in the island extending to all the area of south Agean Sea destroying completely not only the island community but also the famous and thriving Minoic civilization in Creta and also the legendary continent of Atlantis..It is estimated that was equivalent to 40 atomic bombs, a hundred times more powerful than that of Vesuvius in Pompei. The highly developed, since the Bronze Age island community was the first to be eliminated remaining hidden for almost 3500 years as one of main Greece's secrets of the past until the excavations of Greek archeologists, Spiros Marinatos, G.Doumas, brought it to surface and delivered it to world wide admiration.
But, as I mentioned earlier, Santorini's fate is linked to her volcano mood with the same question always lingering around: "When will be the next major eruption?
Until then the island will continue to remain veiled in its mystery and secrets that , together with her strange beauty,make it one of the most unforgetable experiences to visitors....
Maybe a blessing in disguise?

Allow me the suggestion of an...expert. Avoid, if possible, to visit the islind in July-August. It loses 40% of its magic. And don't have in mind beaches and relaxing sand shores...There are couple of them that, in these months, it's hard to find the way through to the sea because of...the lying bodies! Sorry greek agents! the truth has to be told...