Brittany (French: Bretagne) is one of the 26 regions of France. It occupies a large peninsula in the northwest of the country, lying between the English Channel to the north and the Bay of Biscay to the south.
Its capital is Rennes.

Unlike the rest of France, Brittany has maintained a distinctly Celtic identity. Its name derives from the fact that much of its population is descended from settlers from Great Britain, who fled that island in the wake of the Anglo-Saxon conquest of England between the fifth and seventh centuries. Breton, a Celtic language related to Cornish and Welsh, was the dominant language of western Brittany (roughly, west of a boundary from St Brieuc to Vannes) until the mid-20th century. It has been granted regional language status and revival efforts are underway. 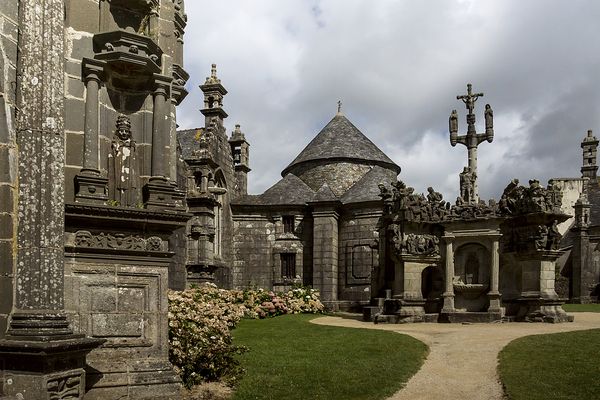 An upgrowing town near the border to the Normandie. Saint Malo ist mostly know…