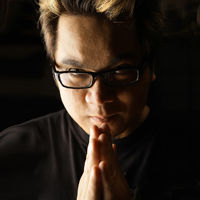 In July of 2005, I decided to seriously get into photography as a hobby. It has been one of my aspirations. I would often look at other photo websites, admire their work and wonder if I could do them myself

I started with an complicated point and shoot camera (Canon A95)and for two months, it became my handy accessory. I brought it everywhere I went and I took photos even while I was driving. Taking every imaginable object I can find in the house or on the streets, I have amassed quite a simple gallery that I set up a temporary blog site.

Not even imagining that I would grow into this hobby and that it would absorb me in, by September 2005, I went for an upgrade. With my Canon 350D, I began feeling like a real photographer. And by November 2005, I was going full-blast.

I do not have any formal training. I did not have teachers to guide me through. All I learned, I learned from my peers. I still continue to learn from them and so far, my love affair with photography seems to be an ongoing awe-inspiring experience. I do not hope this to stop.

One year after my first foray into photography...

Although I do not have a clear goal of where this hobby will take me and how far, I think I have evolved a definitive style: Cinematic. Now I am not sure where that exactly falls under in Photography or if I better do moving pictures rather than still shots; but I would have to say that with each shot, my vision seems to reflect scenes I've seen from the movies.

You can see my works on the following websites

Featured in the Blogsphere and Internet Community