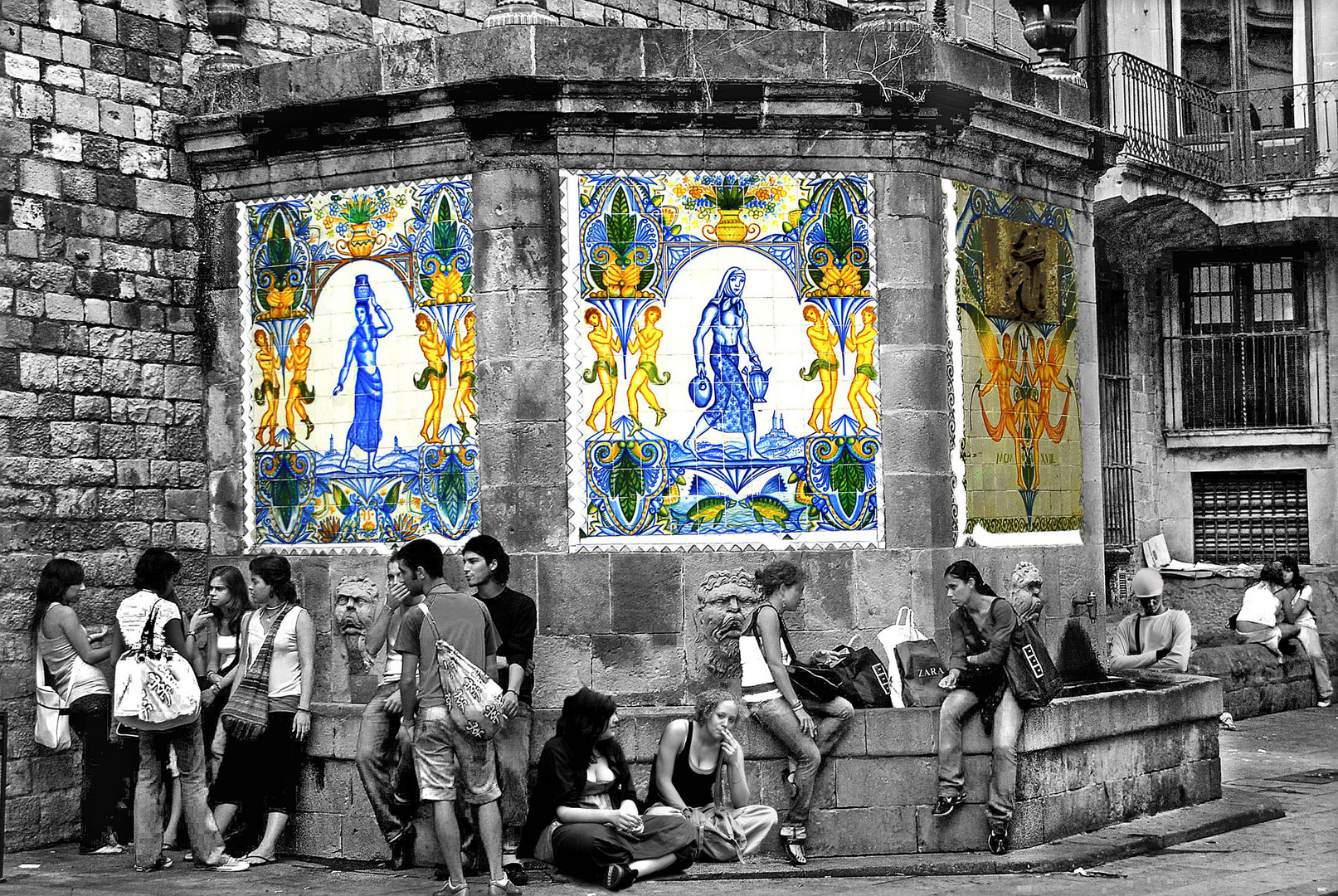 Every big city has its "zona intima". A quarter known by everybody but not frequented by everybody. Free of borders to common traffic but signed for trespassing by tradition or prejuduce.Free of constitutional laws but cautiously fortified by inhibitions of social conformity. Such a quarter may, at daytime, attract curiosity and interest and at night invite for strolls of "ethical ambiguity" as described by our most moderate and benevolent criticism.
And yet, quite often,these sites are also very alive, buzzing with noisy and colorful groups of individuals, especially youngsters, with no harmful whatsoever intentions, simply looking for a cosy, friendly and welcome place to house a diverse from others mentality, a possibly strange behaviour, a way of thinking and acting pressured by necessities and problems and often an entirely different culture.
Especially in our awkward times, that our cities are flooded with refugees, it is very common to see poor and unfortunate creatures to seek or even create such places in order to acommodate a miserable and persecuted "self". It is certainly a major problem that has to be examined and solved by cooperation, mutual consent but mainly open mind and away from any prejuduce of racism.