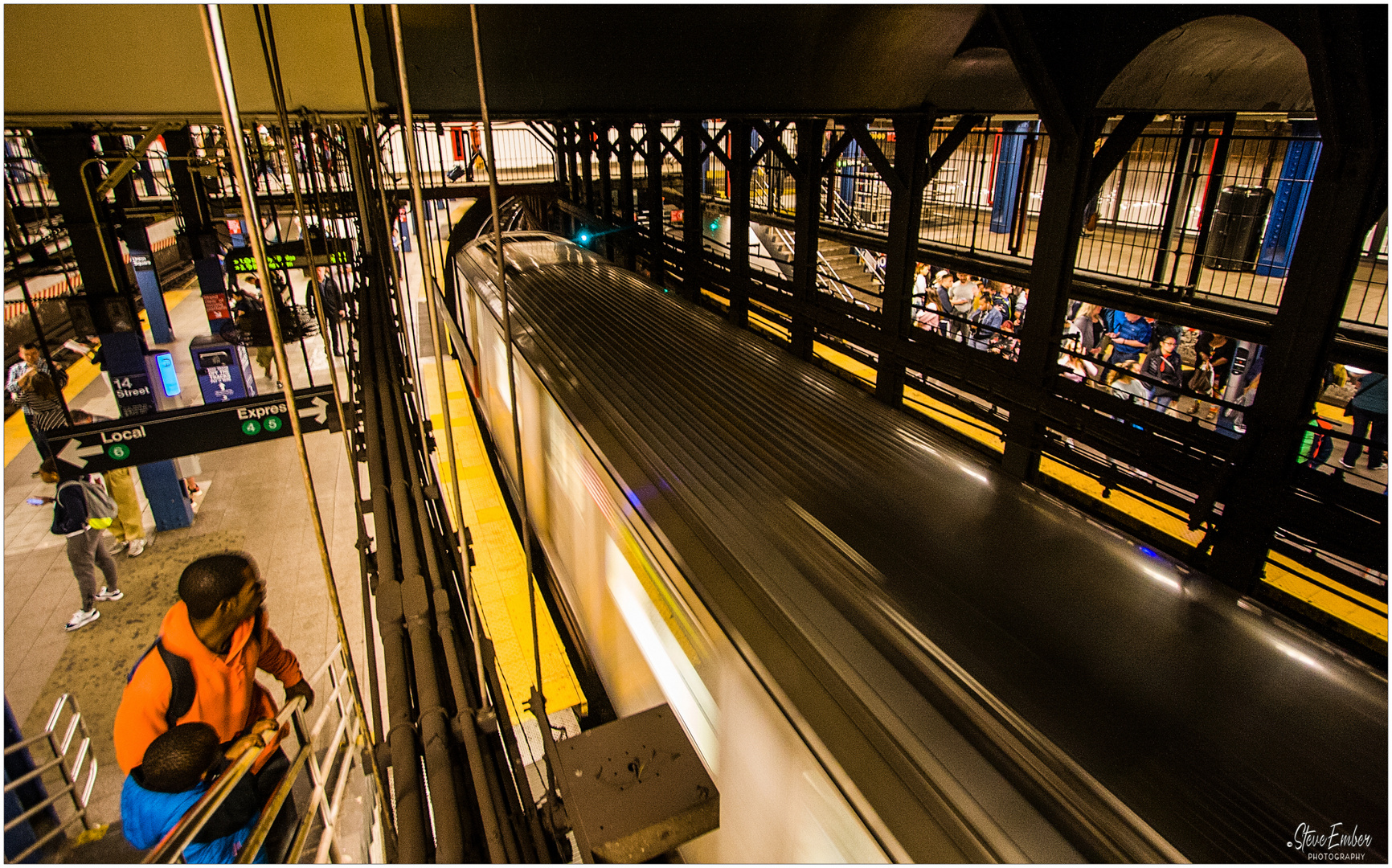 14th St-Union Square is a favorite station of mine in the New York City Subway system, not only for the sweeping curve along the [IRT] Lexington Avenue Line and its great sightlines, but also for the complexity of this sprawling nexus.

Roughly parallel to the 4-5-6 tracks, but served by a different mezzanine, are those of the [BMT] Broadway Line, with platforms serving the N, Q, R, and W trains. And one level below, on a perpendicular alignment, one finds the crosstown [BMT] Canarsie Line L Train connecting 8th Avenue on the West Side of Manhattan with points in Brooklyn.

From the crowded platform on the other side of the express tracks, one
imagines an Uptown 4 or 5 train will soon whoosh into the busy station.

The photo was taken on a rainy afternoon, a favorite time for going subterranean to explore new (to me)
Subway stations. This rainy Saturday was in October 2018; the photo makes its first appearance tonight.