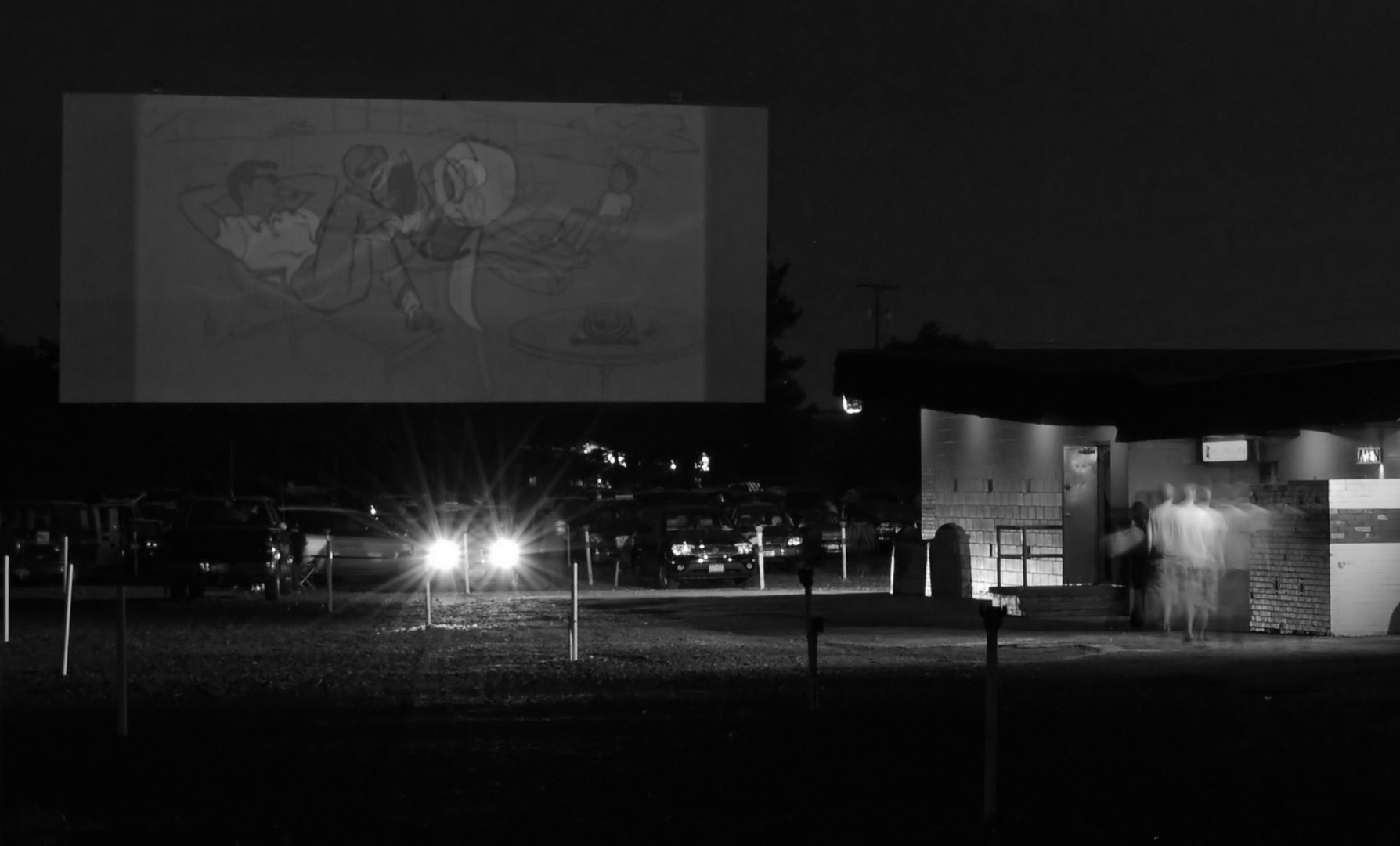 At one time there were just over 4000 Drive In Movie Thretre's in America, now less then 400 are still in operation.

I was told I could not shoot during the movie or movie preview because of copyrights so I could only capture my images during the playing of the ad's which gave me 15 minutes to shoot and move to the next location.

Reason for Reload - Critique that I had received on the original image was that there was too much dark space above the screen so I cropped a little off the top.