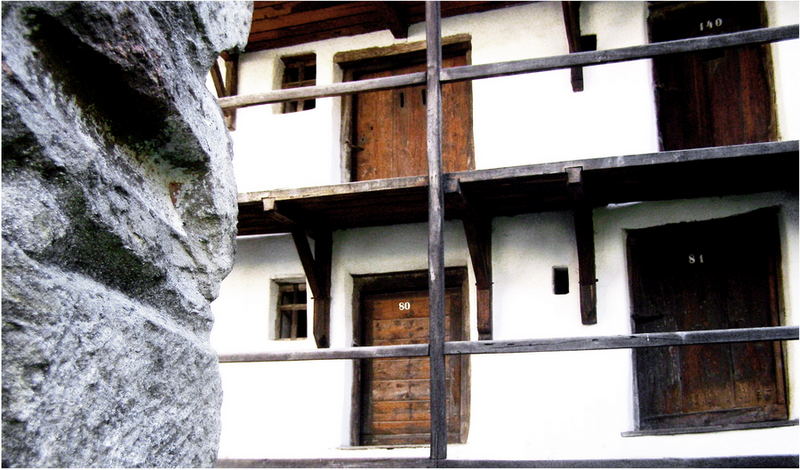 The Teutonic Knights constructed the fortress Tartlau in 1212-1213 as part of their colonization of the Burzenland region. The town of Prejmer near the castlehad begun development by 1225, and was the eastern-most settlement of the Transylvanian Saxons. Prejmer was repeatedly invaded throughout the Middle Ages by various groups, including the Mongols, Tatars, Ottoman Turks. However, the castle was only captured once, by Gabriel Báthori in 1611. Most of Prejmer's German population fled the town during World War II.
Prejmer is noted for its fortified church, one of the best preserved of its kind in Eastern Europe. Between 1964-1970 the Romanian government carefully restored it to its present condition. The church is modeled after churches of Jerusalem, as well as built in the style of Late Gothic churches from the Rhineland.