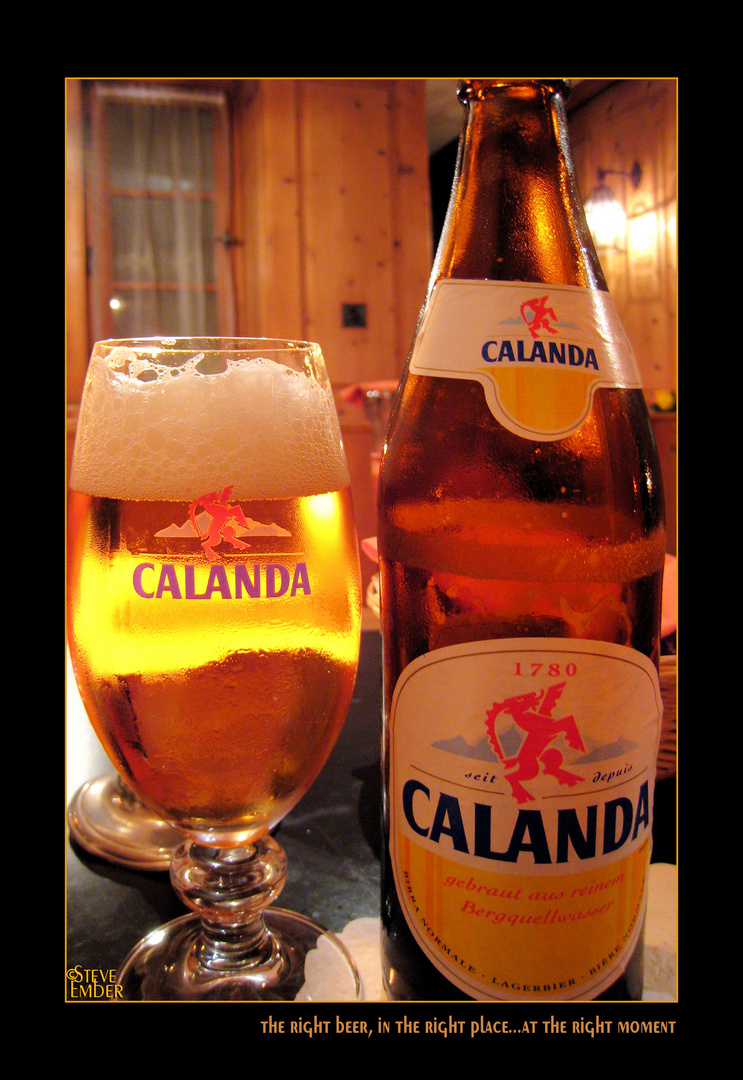 The Right Beer, in the Right Place...at the Right Moment

The Right Beer, in the Right Place...at the Right Moment

There are times when it all seems to come together. For me, those moments are often delightfully and indelibly tied to travel to favorite places…

Calanda, rising 2805 meters, is the Hausberg, the local mountain of Chur, the cantonal capital of Switzerland’s Canton Graubünden. And a popular beer in the region takes its name from that Alpine peak.

It was the perfect coda to a perfect autumn day in October, 2010…a relaxing late dinner after a day exploring and photographing my beloved Graubünden on its superb narrow gauge railroad, the Rhätische Bahn.

The visit to Chur marked a reunion, after too many years, with the 300 year old Romantik Hotel Stern, which proved to be as welcoming as remembered from my first visit in 1994. Nice when a place remains as consistently excellent to where it feels as though one’s last visit was more like last year than 16 years before. Indeed, part of the pleasure was recognizing Agathe, who had served my dinner in this same Bündner Stube on that autumn evening in 1994.

Autumn in Graubünden means Wildspezialitäten, venison and other wild game, and for me that type of meal is not complete without a Calandabräu or two.

And as I dined on some well prepared venison, and took in the inviting surroundings including the Arvenholz walls, and saw the light dancing in my glass of Calanda…well, as I said, it just all came together in a delightful glow of Gemütlichkeit, or as they might say in the neighborhood, Patschifig!