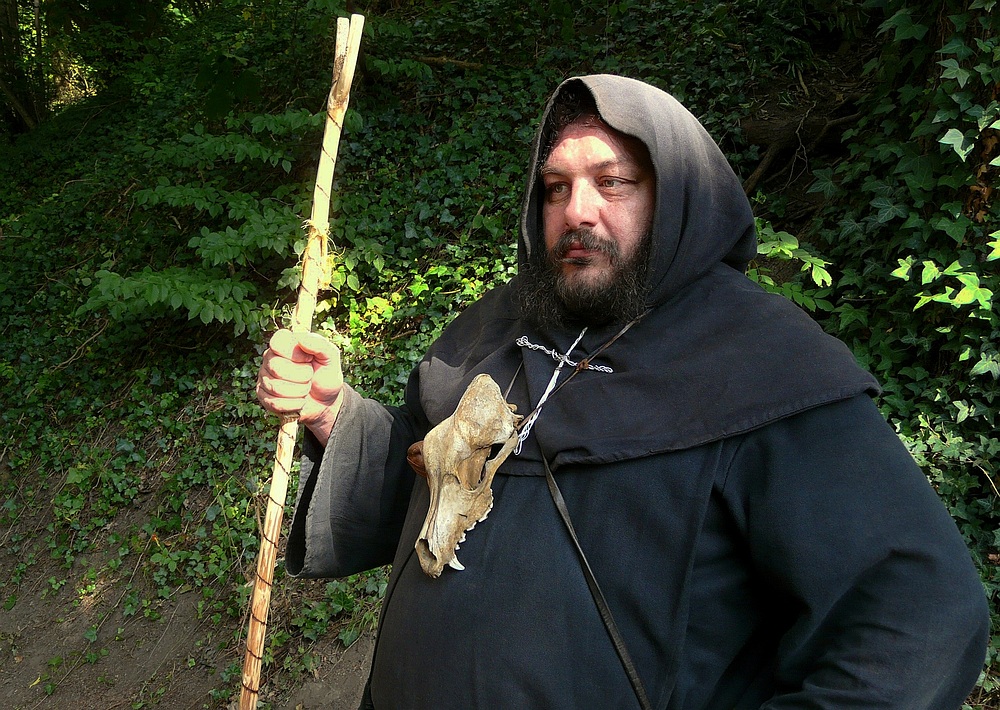 This series is an attempt to illustrate how life was going on in the Middle Ages.

The shot shows a monk, who usually had a good and peaceful life.

Wearing the skull of an animal was believed to be effective in protection from the ‘Black Death’ or bubonic plague.
It seems this monk here had a stronger belief in superstition then faith in his God !