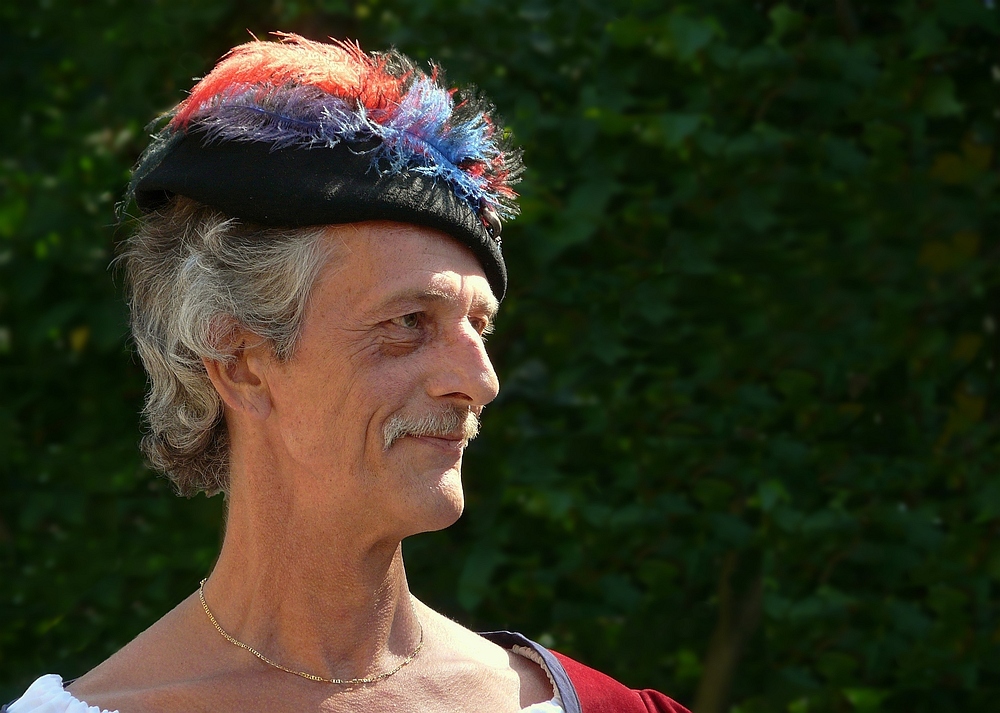 This series is an attempt to illustrate how life was going on in the Middle Ages.

The shot shows the leader of the weavers guild.
A guild leader was always a rich nobleman of high rank and authorithy with significant privileges.

During the Middle Ages, the first weaver guilds were created and textile production went slowly commercial, but only for the rich as the poor class still continued to weave their own fabrics at home.