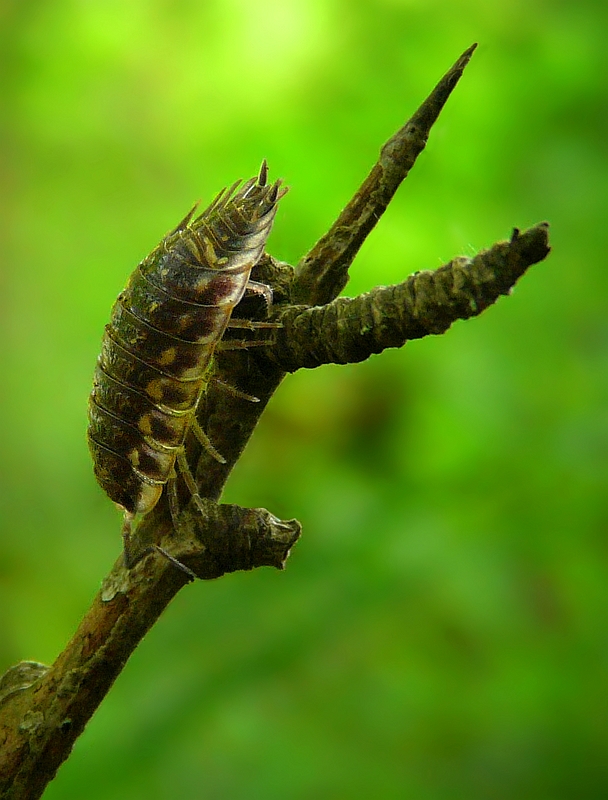 The Shiny Woodlouse is not an insect as is often incorrectly thought, but a crustacean closely related to crabs, lobsters and shrimps.
However it’s not edible as it has an unpleasant taste similar to…….strong urine !

It occurs in moist places in many habitats and is frequently found under bark, under stones, on rotting wood and amongst leaf litter in gardens and forests.
The species feeds on dead organic matter, which it detect by means of taste and smell.