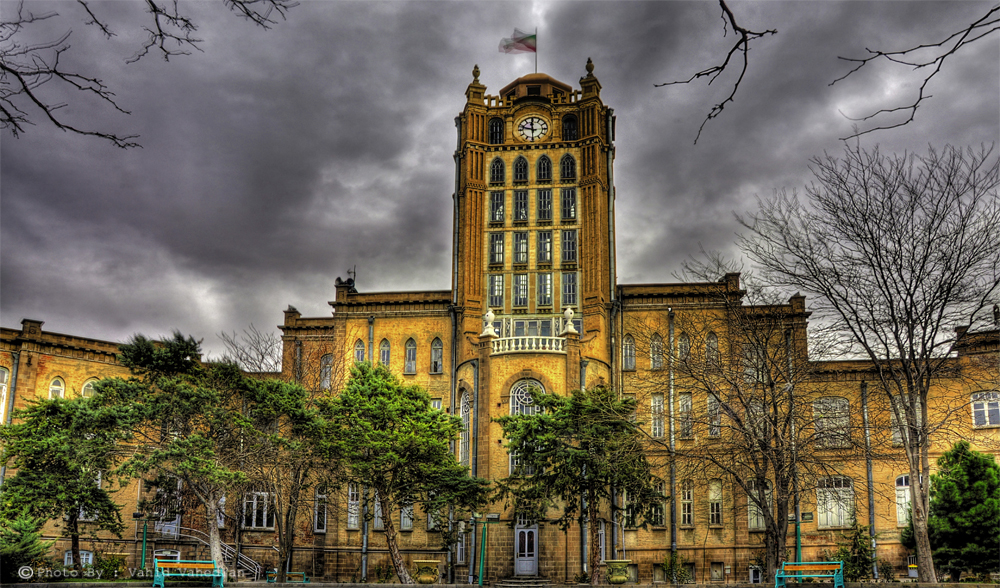 Sa'at Tower (Sa'at Qabagi; in Azerbaijani Turkic) also known as Tabriz Municipality Palace is the head office of the municipal government of Tabriz, the capital of East Azarbaijan Province, Iran. The Municipality was built in 1934 as the Tabriz municipal central office. After World War II it was used by the Azerbaijan Democrat Party as a Government Office. When Iranian troops regained control of Tabriz in 1947, the building was again used as the Tabriz municipal central offices, a function which has continued up to the present day.