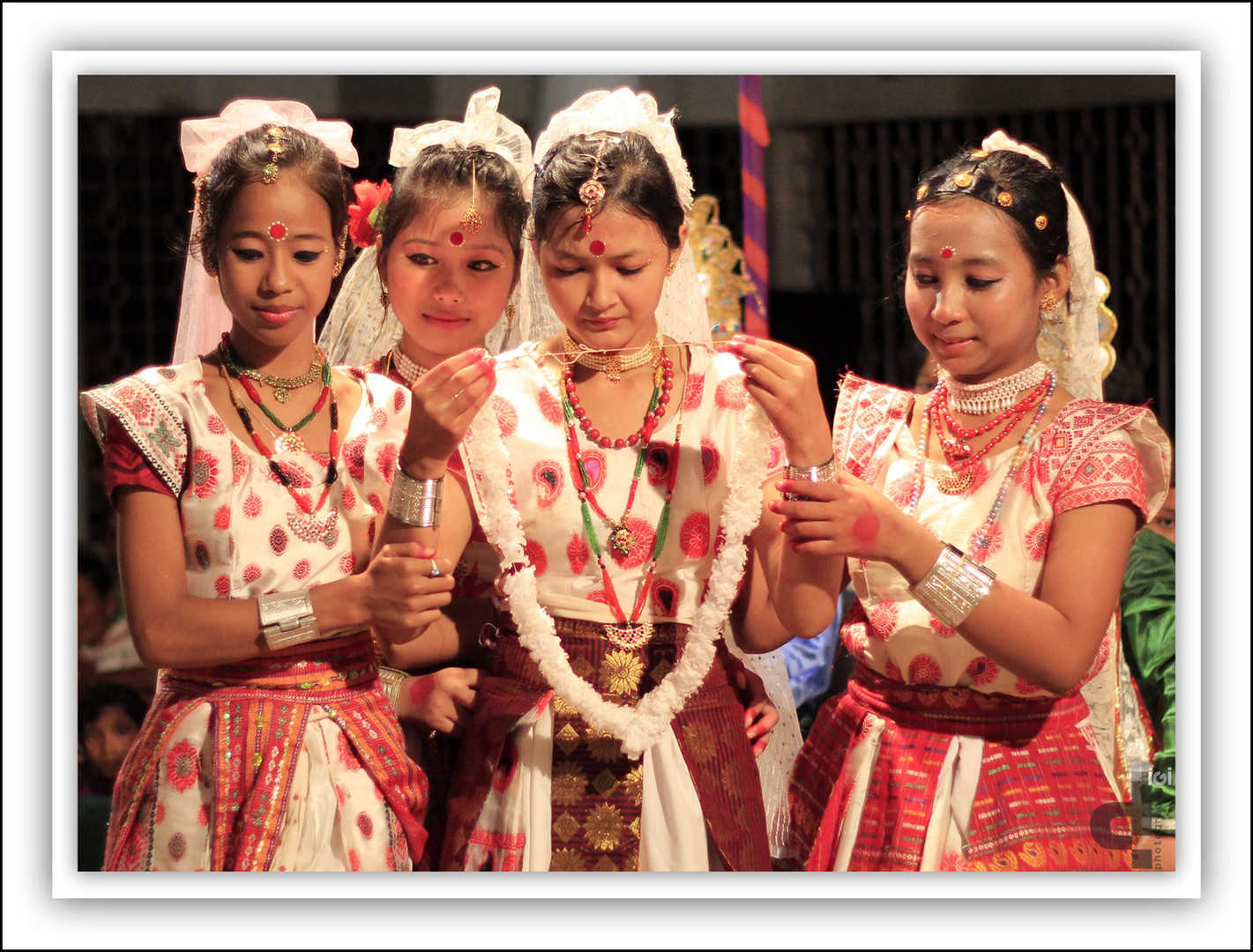 Bhaona (Assamese: ভাওনা) is a traditional form of entertainment, always with religious messages, prevalent is Assam, India. It is a creation of Mahapurusha Srimanta Sankardeva, written in the early sixteenth century. He created the form to convey religious messages to villagers through entertainment. Later Srimanta Madhavdeva also write some plays. The plays of bhaona is popularly known as Ankiya Nats and their staging is known as bhaona.The bhaona generally staged at satras and namghars in Assam. There are some special characteristics of Bhaona like the plays, dialogues, costumes, ornaments, entry and foot-steps of the characters. These characteristics helps to differentiate Bhaona from other plays.

The bhaonas are written in the Assamese and Brajavali languages.