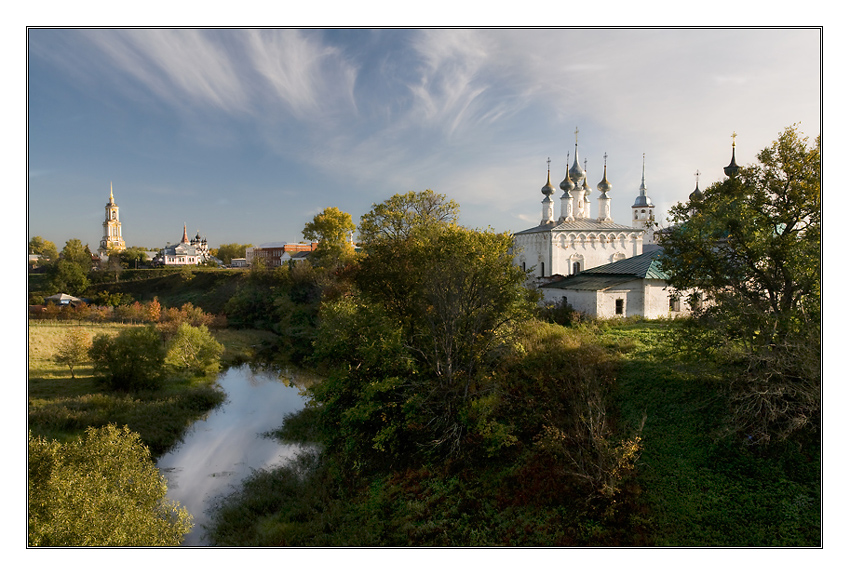 The history of Suzdal dates back to at least the year 1024. For centuries it functioned as the capital of several Russian principalities.
After a decline in political importance, the town rose in prominence as a religious center with numerous monasteries and a remarkable ratio of churches to citizens: at one point, forty churches for four hundred families.