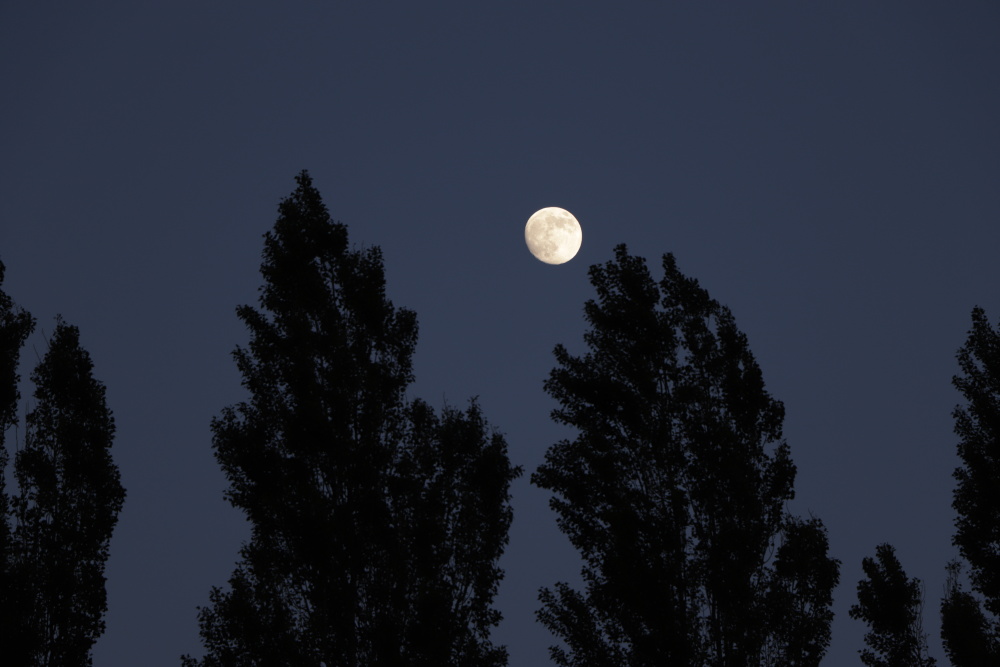 Two days later was "Full moon" (26/05/2021). It was a "Supermoon" which is a full moon that nearly coincides with perigee - the closest that the Moon comes to the Earth in its elliptic orbit - resulting in a slightly larger-than-usual apparent size of the lunar disk as viewed from Earth.

A full moon at perigee appears roughly 14% larger in diameter than at apogee. Many observers insist that the moon looks bigger to them. This is likely due to observations shortly after sunset when the moon is near the horizon and the moon illusion is at its most apparent.

While the moon's surface luminance remains the same, because it is closer to the earth the illuminance is about 30% brighter than at its farthest point, or apogee. This is due to the inverse square law of light which changes the amount of light received on earth in inverse proportion to the distance from the moon. A supermoon directly overhead could provide up to 0.36 lux.

It was also called "blood moon" for its reddish color, which is caused by Earth completely blocking direct sunlight from reaching the Moon. The only light reflected from the lunar surface has been refracted by Earth's atmosphere. This light appears reddish for the same reason that a sunset or sunrise does: the Rayleigh scattering of bluer light.

We couldn't see the "Total lunar eclipse" or "Super blood moon" in Europe but the site https://www.tagesschau.de/ausland/super-mond-101.html shows some images.