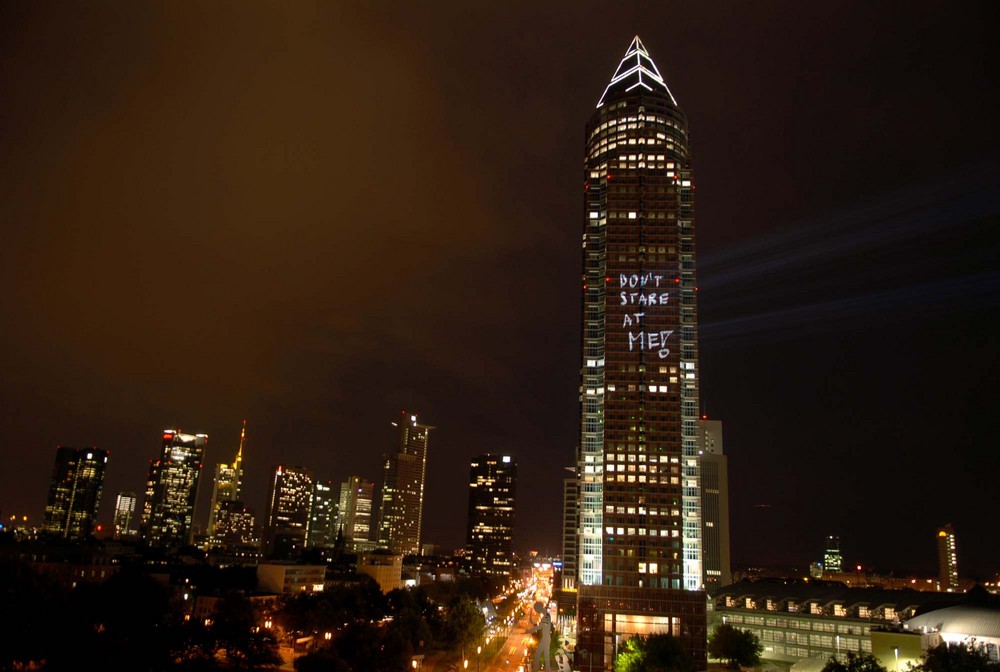 The 'Messeturm' and MINI Clubman - giant projections over Frankfurt. This unique project was part of the innovative launch campaign for the IAA. The projection was seen 100 meters above the ground, covering 10 stories of the building, with a height of 40 meters. It gave the city a new, unmistakable face for the IAA motor show.

As a result of high pressure caused by competitors, this projection of the interactive MINI Clubman movie has been banned by the city after three days of playing.