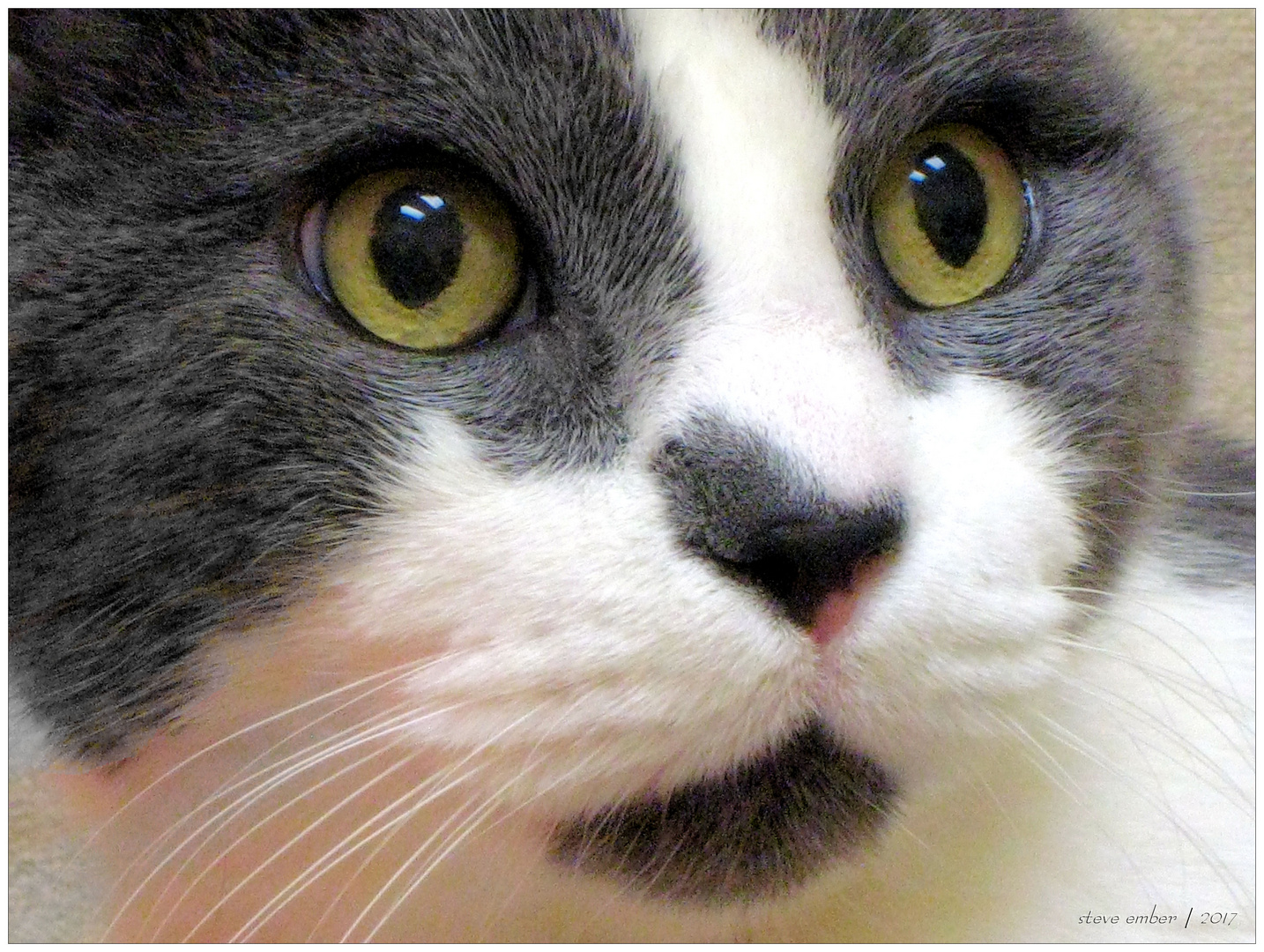 I've visited with him each night this week at the hospital, and he's been making a fine, steady recovery.

I took this one when I spent time with him tonight.

Mewer could be as old as 17 (he was either three or four when he adopted me at the shelter in 2004), but that's beside the point. He still thinks he's a kitten, and his sturdy mutt genes have been making for a remarkable recovery, thanks to his expert care at SouthPaws Emergency Hospital in Fairfax, Virginia.

He should be coming home to Mewer Manor probably in another day or two.