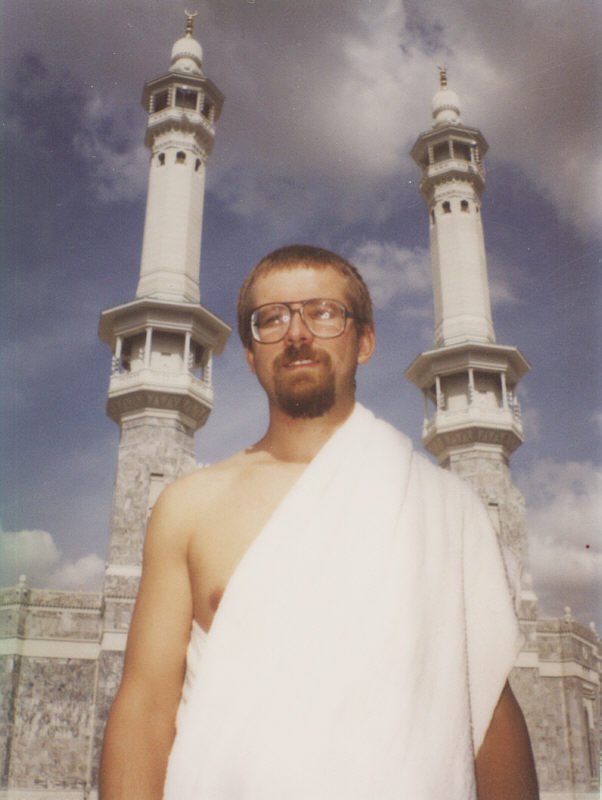 In Mekkah. In front of one of the main doors of the Holy Mosque. Performing Umrah. (the lesser pilgrimage)This photo was taken in the 80's. I worked in Jeddah from 1981 till 1989! I embraced Islam in 1974 in England. I am British, born in Scotland. I practice Islam as much as I can...........its not impossible even in Europe! I enjoy being muslim, its great, and I have made so many friends since being muslim! Its the best, ask me!
In Germany I know so many many german muslims, but the Media never lets them speak here, they think Islam is outside Germany. Its already here and everyday,week, or month a german becomes muslim.........so its not by force! They enter freely, isnt that democratic? No its Islamic....Islam is a free choice!