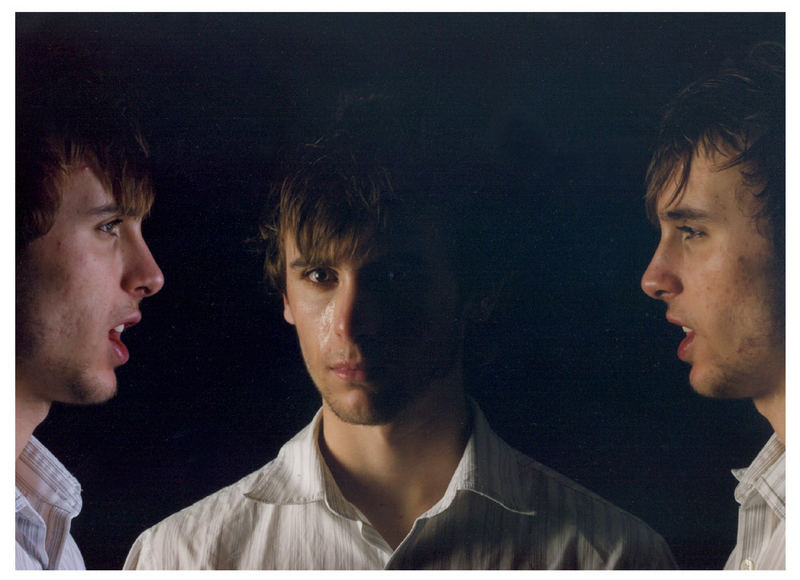 Me, myself and I

Me, myself and I

Taken on a Mamiya medium format camera, in a controlled studio environment.


The follow up image to 'He' and 'She', which were based on relationships and the difficulties we experience when we suddenly break up from relationships that have ruled a large part of our lives. In this image, I am following through with that idea, and I am showing how conversation changes when you break up with a partner and are left alone. The model featured here has been in such a situation, and is therefore, forced to converse with himself.
When we are emotionally strained, elements of our personality can change and take over our actual selves. The left hand figure featured here is the weaker element of his personality and can be seen attempting to argue back to the dominant personality on the right hand side of the image. The central figure is the brave element of his personality, making eye contact with the viewer as if to ask for help. He is crying and showing the viewer that he is not afraid to show his emotions. He doesn’t want to converse with himself anymore, but he is set back in the frame, connoting that his stronger personalities won’t let him be beaten into asking anyone else for help.
The image also plays on reality. It challenges the viewer into guessing which of the 3 figures is real and which are fragments of his imagination. Could the real figure be the one making eye contact with the viewer, or could it be the left hand figure – the only figure rendered in true human skin tones? Or, could it perhaps even be the third figure? They are of course all conversing with each other, so what makes one real and another not?