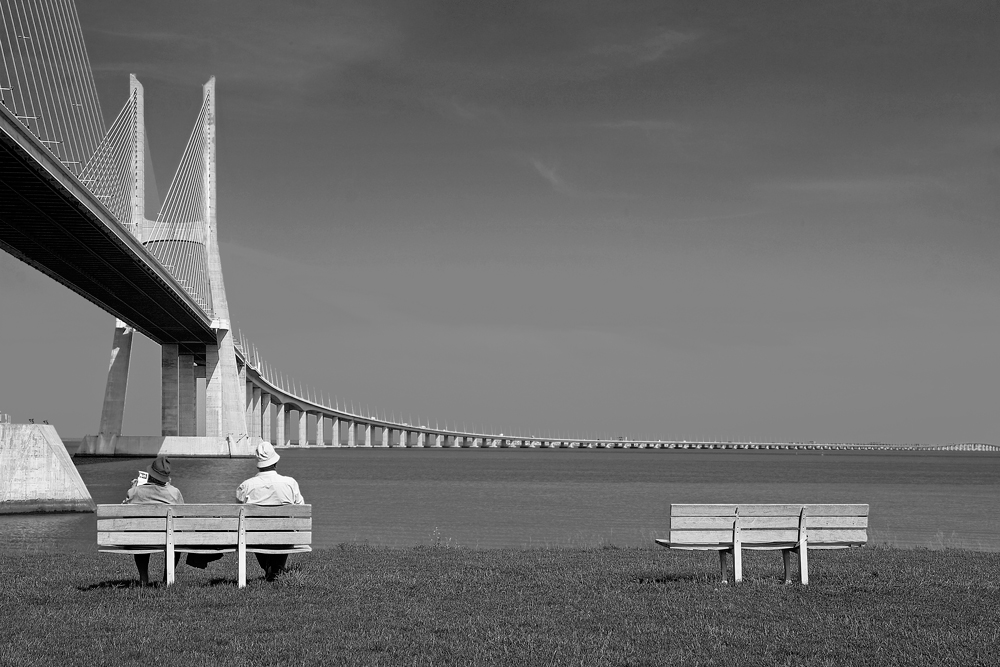 
The Vasco da Gama Bridge is a cable-stayed bridge flanked by viaducts and roads that spans the Tagus River near Lisbon, capital of Portugal. It is the longest bridge in Europe (including viaducts), with a total length of 17.2 km.
The bridge was opened to traffic on March 29, 1998, 18 months after construction first began, just in time for Expo 98, the World's Fair that celebrated the 500th anniversary of the discovery by Vasco da Gama of the sea route from Europe to India.