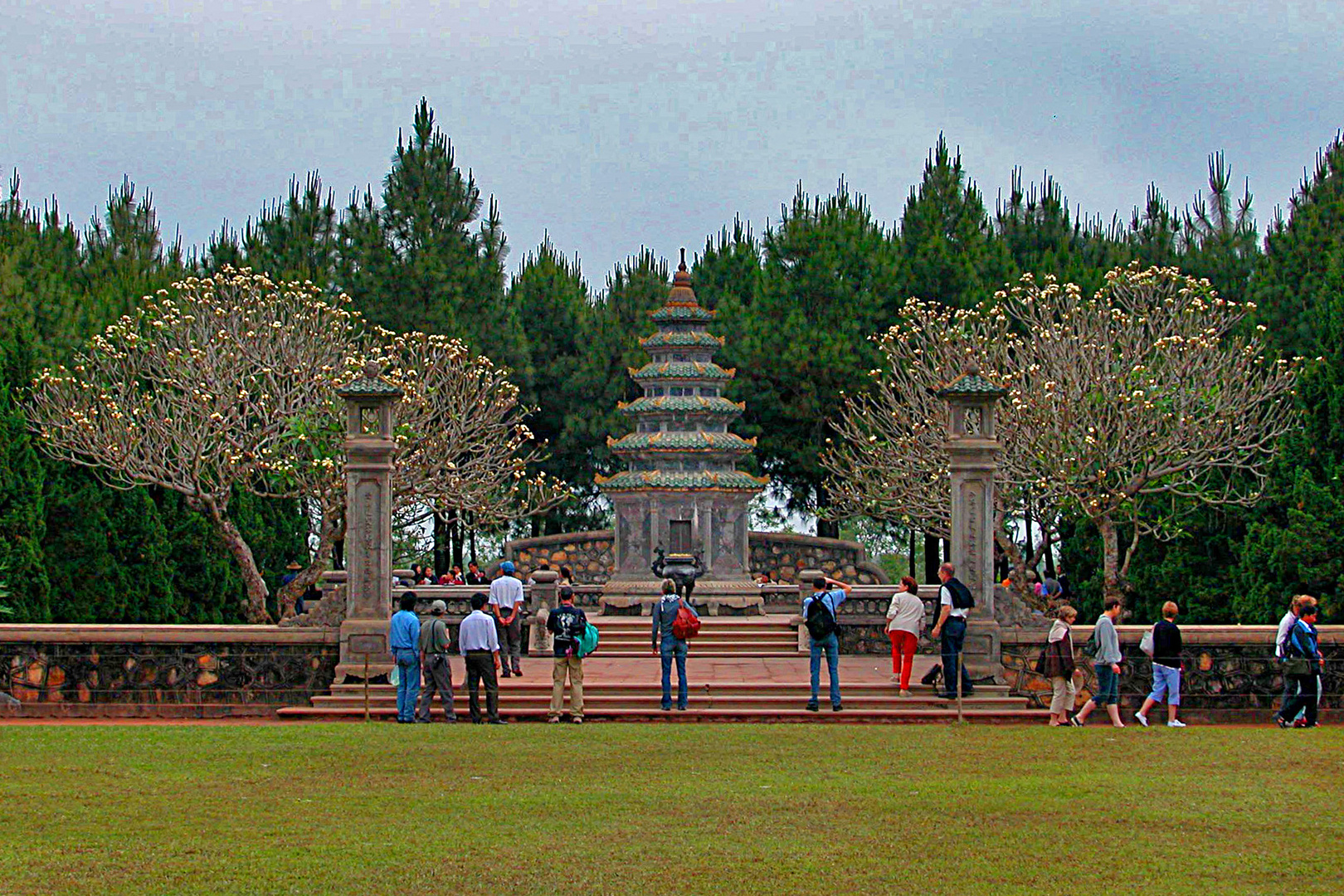 Inside the garden at Thien Mu Pagoda

Inside the garden at Thien Mu Pagoda

An other small pagoda is placed in the complex of the Thien Mu Pagoda.

Historical Role of the Pagoda:

Besides the architectural value, Thien Mu pagoda features a great historical role, which is also of absorption to visitors.

During the summer of 1963, Thien Mu Pagoda, like many in South Vietnam, became a hotbed of anti-government protest. South Vietnam’s Buddhist majority had long been discontented with the rule of President Ngo Dinh Diem since his rise to power in 1955. Diem had shown strong favouritism towards Catholics and discrimination against Buddhists in the army, public service and distribution of government aid. Discontent with Diem exploded into mass protest in Hue during the summer of 1963 when nine Buddhists died at the hand of Diem’s army and police on Vesak, the birthday of Gautama Buddha. Accordingly, Buddhist protests were held across the country and steadily grew in size. In those historical days,
Thien Mu Pagoda was a major organising point for the Buddhist movement and was often the location of hunger strikes, barricades and protests.