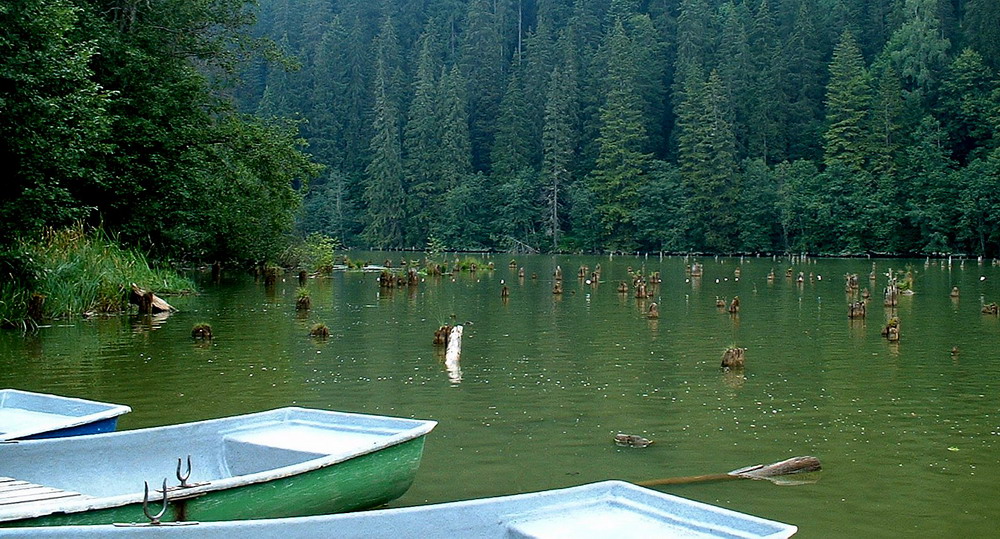 in the afternoon light

in the afternoon light

Once lived in Lazarea a very beautiful girl with the name Estera. One day she went to the fair in Gheorgheni. Here she met a handsome and strong lad (he could fight with a bear). They felt in love immediately. The lad asked her to be his bride. But the wedding did not take place because the lad was taken to army. The girl waited for him. On the evenings, when he went for water to the spring, she sang so saddly that even the mountains were touched.
In a Sunday afternoon she was seen by a thief. The thief had lifted her and run away as quickly as he could to Suhardul Mic, the rocks with a thousand faces, were he lived. He promissed to Estera gold and silver only to love him, dut she did want nothing. The thief lost his patience and forced her to marry him. He have cryed to the mountains, begging for help. The rocks responded by thunders. A big rain had started, wipping all in its way.
Under the rocks remaind the girl and the thief. After that the water from the mountaind were gathered here forming the lake (Red Lake or The Killer).

An oter legend says: On the meadow between the mountains was a sheepfold. The shepherds, seeing the coming of a storm, have tried to shelter, but the Killer Mountain crushed down and burried them together with the sheeps. (website source)