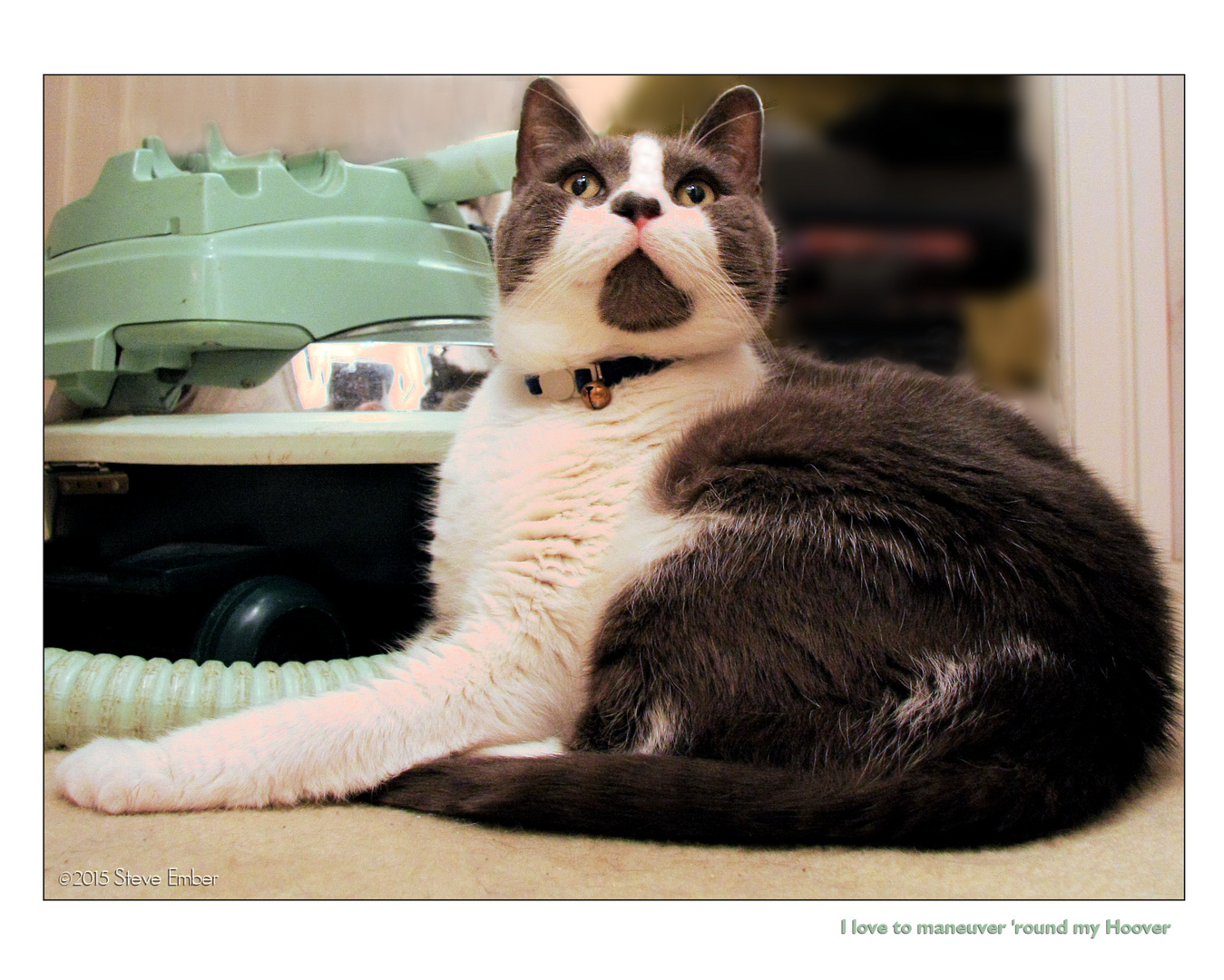 ...and my trusty Hoover Celebrity QS, aka "The Green Monster."

The title was inspired by the advertising slogan "Nothing Sucks like an Electrolux."

Some considered it a “brand blunder” – like the not terribly missed Chevy Nova being cursed in
Spanish-speaking countries with a moniker that meant “doesn’t run” (no va)! – but a long running
marketing slogan in the UK for Electrolux vacuum cleaners was “Nothing Sucks like an Electrolux.”

Blunder, my foot! Isn't that exactly what such machines SHOULD do? ;-)

Not quite sure if Hoover ever had a similarly catchy rhyming slogan, but...

When the Hoover is in use around Mewer Manor, sucking up whatever such
machines are supposed to, Mewer usually prefers to be…anywhere else.

But, when I left it at the foot of my stairs after doing some vacuuming, it did not take long before I was amused
to see Mewer snuggled up to it. And, as I had some surgery recently, and the "Green Monster" is a heavy beast,
I decided to leave it there for a while so I could aim the camera on a few occasions at these “strange bedfellows.”

Thus, I decided to call a new series of MewerPix “I love to maneuver ‘round my Hoover.”