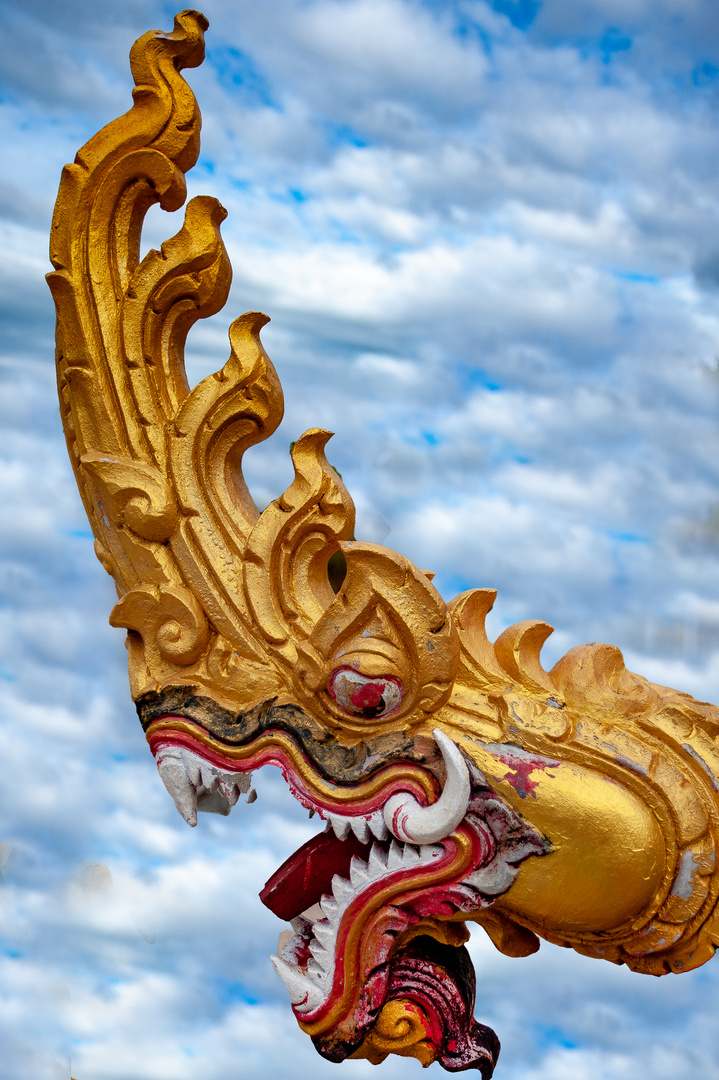 Naga, in Hinduism and Buddhism, is the Sanskrit word for a deity taking the form of a great snake, specifically the multi-headed king cobra.
The traditions about nagas are common in all the Buddhist countries in Asia so in Laos too.
They are nature spirits (some are worshiped as deities) associated with and protectors of water including rivers, lakes, seas and wells. They bring rain, and thus fertility and prosperity, and are guardians of treasure, but are also able to cause natural disasters such as floods and drought.

This Naga snake head I captured in front of the Wat Phou Salao near Pakxé.