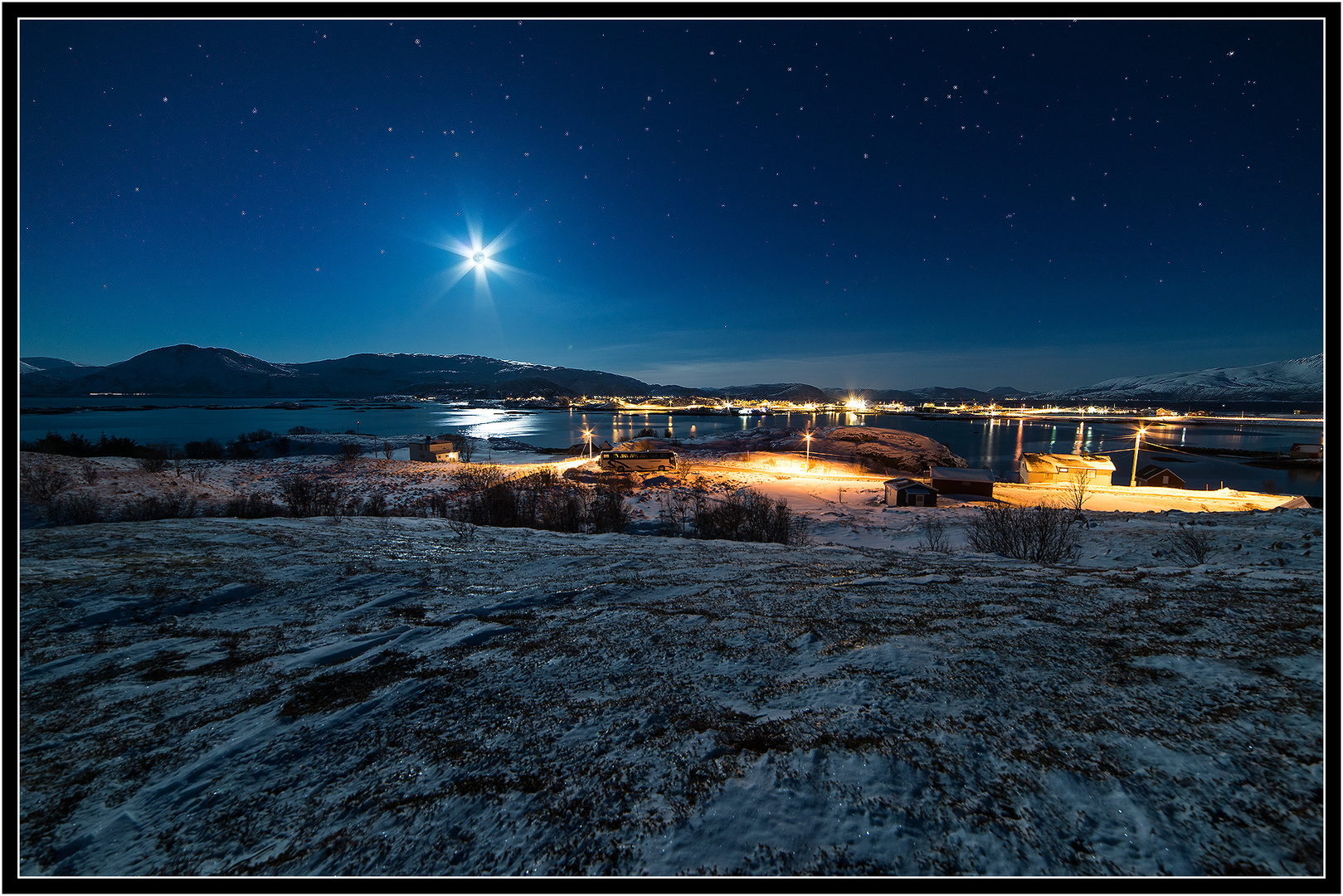 The moon is a separate shot of the moon at the same evening. Then I chose to cover the overexposed, totally white (burned out), spot with a shot of the moon. Because there is no other way to show the details on the moon. After all the human eye doesn´t just see a white spot when looking at the full moon. As the cameras need to do in order to capture the details of the foreground right. As opposite to the cameras, the human eye sees both details on the moon and in the foreground.