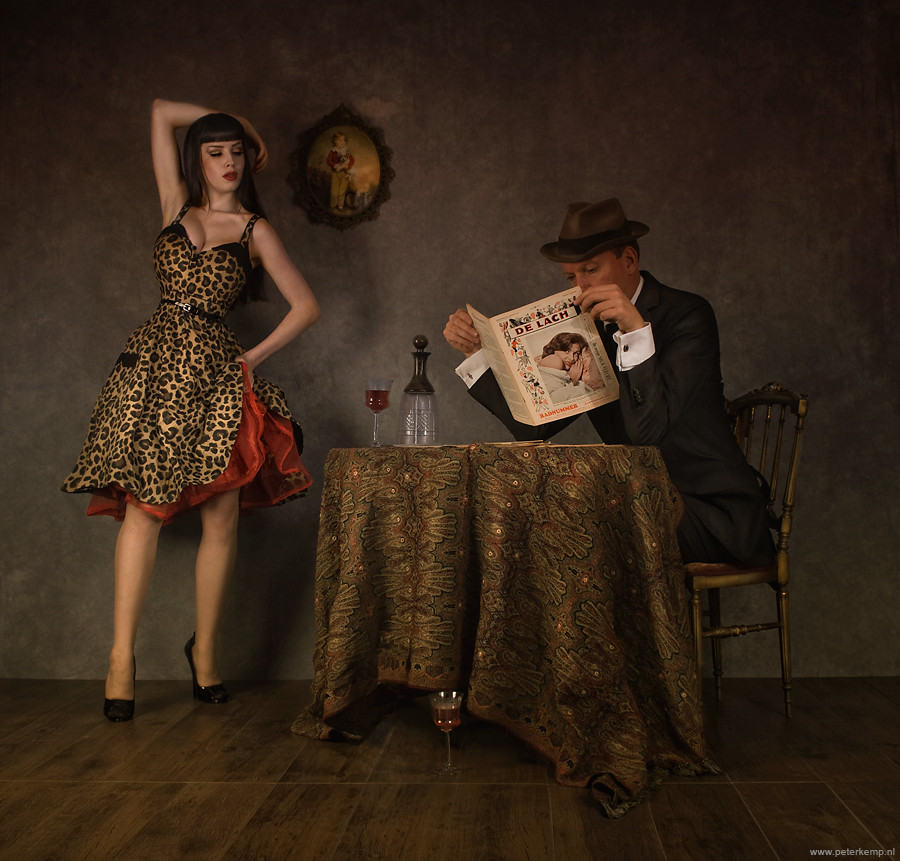 During 50 years Dutch men were able to enjoy a magazine called “ De Lach” (translated the Laugh) at the hairdressers. The fist issue appeared in 1924. The recipe of this magazine, which stayed almost the same during the sixties, was jokes and mainly scarcely dressed women … in particular movie stars.
In Holland it was the first magazine doing covered nudes. Later on, during the upcoming sexual revolution “, de Lach” was “defeated “ by magazines with more explicit nude photography.
The last edition appeared 7th april 1972.
A girlfriend of mine is the owner of a couple of 1958 issues. So I decided to work with this theme together with the wonderful Déna Massque and a photo friend of mine.
Models: Déna Massque and Ron Meijer
Mua: Déna Massque