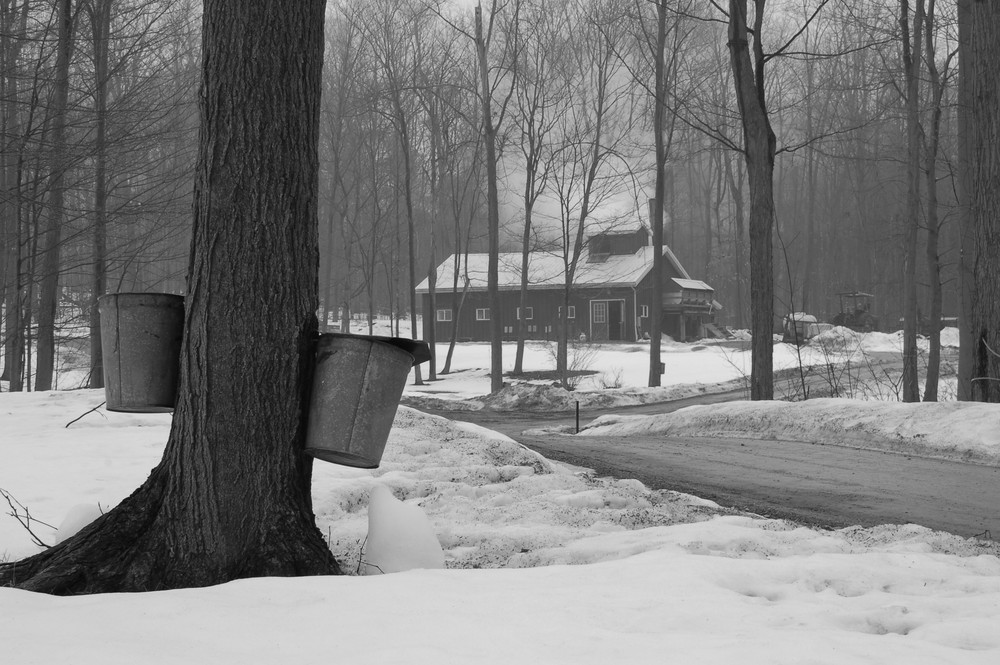 Late winter and early spring is maple season, when commercial maple producers in Ohio and other parts of northeastern North America tap trees, collect sap, boil it down to produce maple syrup, or further process it into maple sugar, fudge, nougat, cream, or other products.

Sap to produce maple syrup can be collected from any native species of maple, but in Ohio, sugar and black maples are the first choice when they are available. Sap is made into syrup by boiling off water, which increases the sugar content to 66 percent and causes chemical changes that darken the syrup and provide its characteristic taste. The amount of sap required to produce a gallon of syrup depends on the sugar content of the sap. On the average, in Ohio, sap averages about two percent sugar content, requiring 43 gallons of sap to produce a gallon of finished syrup.

Because sap flow depends on weather, it is not always consistent. Some days no sap will flow; other days, as much as a quart to a gallon or more of sap may flow during a flow period (several hours to a day or more). During the season, an average tap will produce 6 to 10 gallons of sap.