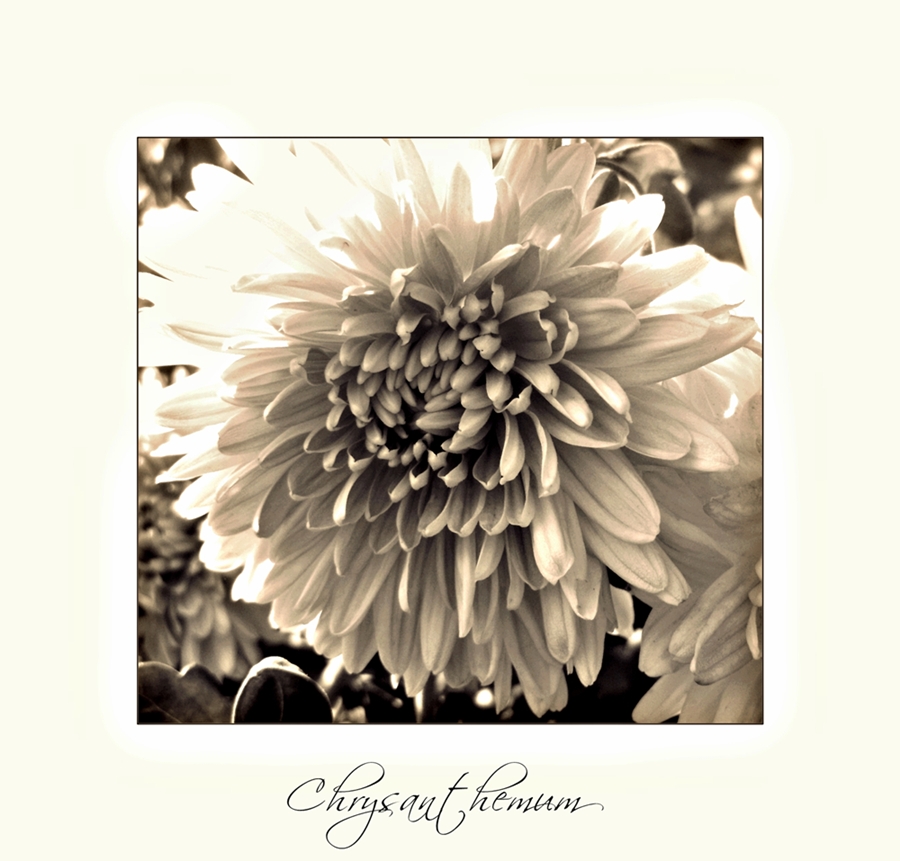 Chrysanthemums were cultivated in China as a flowering herb as far back as the 15th century BC. An ancient Chinese city was named Ju-Xian, meaning "chrysanthemum city". The plant is particularly significant during the Double Ninth Festival. The flower was introduced into Japan probably in the 8th century AD, and the Emperor adopted the flower as his official seal. There is a "Festival of Happiness" in Japan that celebrates the flower.

The flower was brought to Europe in the 17th century. Linnaeus named it from the Greek word chrysous, "golden"(the colour of the original flowers), and -anthemon, meaning flower.

This is a photo from my garden; my father loves flowers and he has many species :). The chrysanthemum just bloomed here. In Romania, and in my family the chrysanthemum is a sign that fall has come:)
I hope you enjoy

white chrysanthemum
catching in one's eye
nary a speck of dust