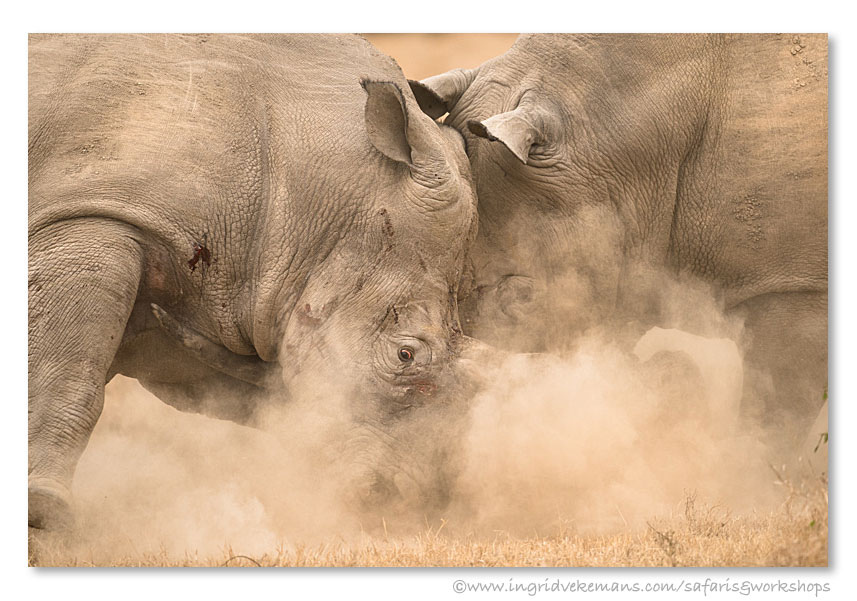 White rhinos are usually quite social and complacent, but sometimes territorial issues just have to be sorted out. Driving around Solio Game Reserve in Kenya, we spotted these two rhinos who at first just seemed to be looking at each other. All of a sudden the one with the long horn charged. I realized I was witnessing something unique from so close by and wanted to take advantage of the closeness by bringing the action very close so grabbed the 500mm lens. This way I wanted to emphasize action, blood, dust and fury. I alternated with a zoom lens so I could also document the larger picture.

Photo awarded with the Grand Prix in the Festival International Nature Namur 2016, Highly Honoured in Nature's Best Photography Africa 2016, Highlight in the 2016 Glanzlichter Photo Contest and a 3d Prize in the Nature Images Awards 2015.