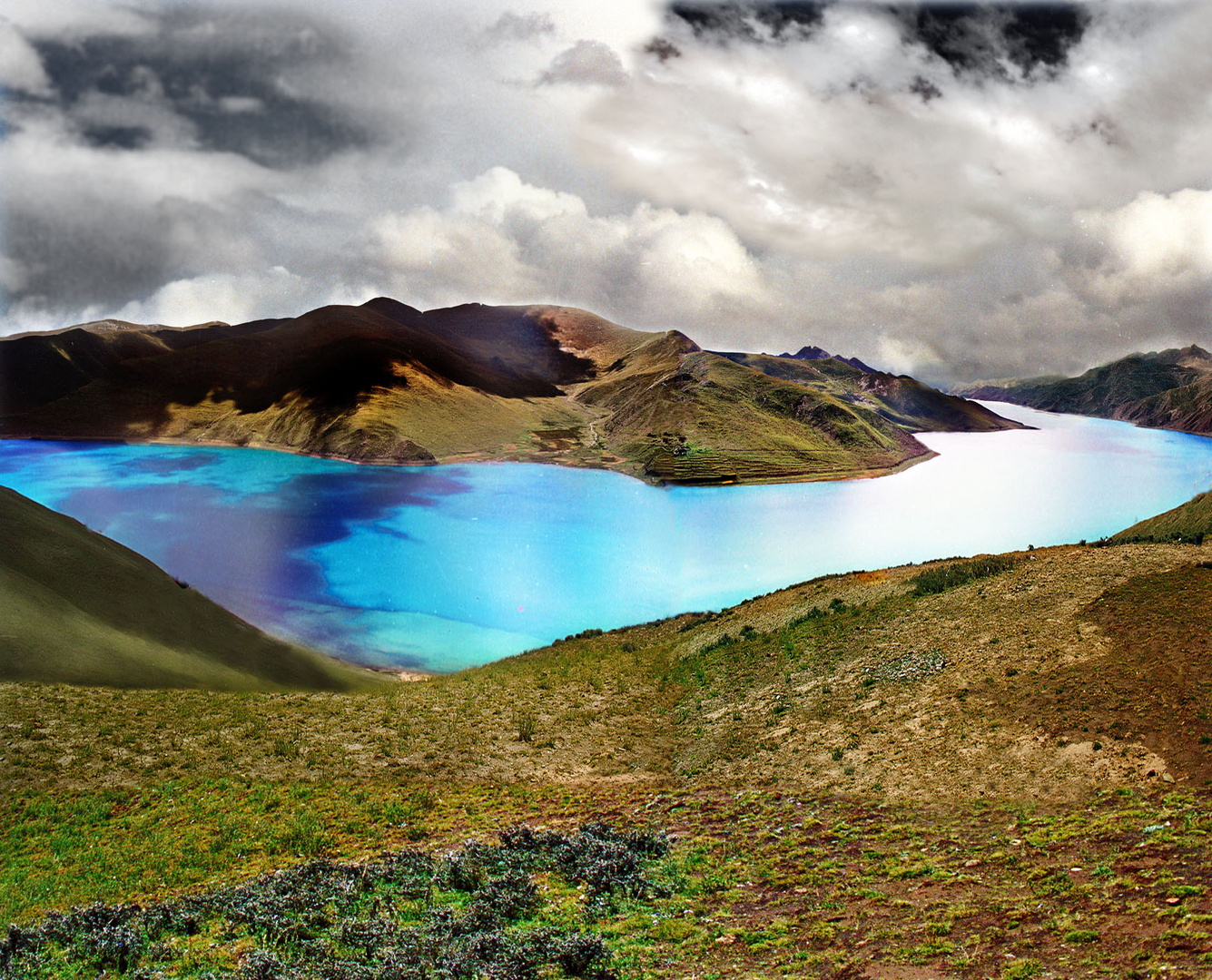 At the gates of heaven..

At the gates of heaven..

Tibet
From Lasa and after a four hours tiring but unforgettable journey, on a wrecked..wooden bus that struggled it's way through strenuous roads, endlessly mounting and mounting, finally we reached a plateau at nearly 4000 m altitude...The spectacle of the lake in front of our eyes was a life's memory!...
Despite measures taken, breathing remained normal provided you walked as slowly as...Neil Armstrong on the moon surface.Forget about rushing. Even the photography sac was a real burden.What I shall never forget were the clouds. The clouds in all the trip in Tibet.
(The photo is in Fuji Reala 120, 6,5x4,5, film negative, scanned later to digital).