Shan State borders China to the north, Laos to the east, and Thailand to the south, and five administrative divisions of Burma in the west. Largest of the 14 administrative divisions by land area, Shan State covers 155,800 km², almost a quarter of the total area of Myanmar. The state gets its name from the Shan people, one of several ethnic groups that inhabit the area. Shan State is largely rural, with only three cities of significant size: Lashio, Kengtung, and the capital, Taunggyi.

Most of the Shan State is a hilly plateau; there are higher mountains in the north and south. The gorge of the Thanlwin (Salween) River cuts across the state. The famous Inle Lake where the leg-rowing Intha people live in floating villages, in the great Nyaung Shwe 'plain', is the second largest natural expanse of water in Burma, shallow but 14 miles long and 7 miles wide. Pindaya Caves near Aungban are vast limestone caves which contain 6226 Buddha images.

The first founding of Shan states inside the present day boundaries of Burma began during 13th century. Under the British colonial administration, established in 1887, the Shan states were ruled by their saophas as feudatories of the British Crown. After World War II negotiations leading to independence at the Panglong Conference in February 1947 secured a unitary Shan State including former Wa states. Shan State was the only entity to gain the right of secession in 10 years from independence. Ne Win's coup d'etat in 1962 brought an end to the Burmese experiment with democracy and with it, the call for greater autonomy for the ethnics.

In recent decades, Chinese state and ethnic Chinese involvement in Shan State has deepened. Hundreds of thousands of illegal Chinese immigrants have flooded Upper Burma since the 1990s. Chinese investment in the state has funded everything from hydropower and mining projects to rubber plantations, illegal logging, and illegal wildlife trafficking. Wa and Kokang regions, led by ethnic Chinese, openly use the yuan and operate on Chinese Standard Time. 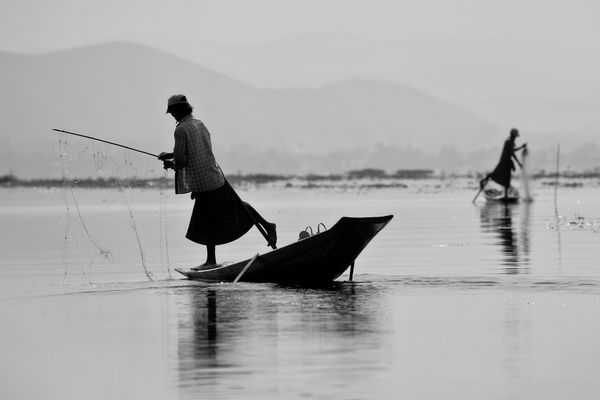