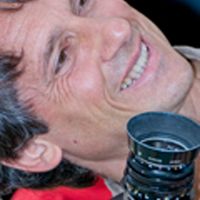 The project "DANCER INSIDE" represents my personal work and contains images of dancers from different countries, companies and academies, taken over several years (from 2007) during rehearsals and classes, backstage, outdoor locations focused in architectural and historical contexts.
I am an architect based in Rome Italy (born in 1959) involved in photography since my very early age, following my father on location shoots. Soon after I started to shoot myself during my frequent journeys around the world, developing photos in my little dark room in my basement. Since then, the way images magically appear on the white sheets it is something I find absolutely fascinating. Lately I came back to photography exploring the digital world and improving my technical skills, concentrating my attention on the use of lighting, which I consider one of the most creative aspects of photography. Under this regard it has been very helpful a course taken in Rome at the Scuola Romana di Fotografia. In this occasion I developed this work focused on the world of dance. This subject has attracted me ever since. Now at last I decided to dedicate a web site to this theme to share my work with everyone interested in dance. Even though movement is considered to be the essence of dance, what I find most interesting are the “static “ angles and lines of the dancers I shoot. I see them very close to architectonic details and lines. I also pay attention to the graphic and perspective elements, not just for the background but also for the main subject.
My interest is focused on getting close to the dancer as “a person”, capturing the hard work at the barre, the sweat, the expression of exausted eyes, exploting lines and details during the exercise and the moment of relax. In short I am much more interested to the daily training of a dancer rather than the performance on stage. Usually I like to position my subjects on a side rather than in the center of the frame, giving great importance to the background even when it is just abstract; I also instinctively put the subject on a tilting horizon which offers more options to look at the scene.
Then there is the compositional side, twinned with architecture, which leads the dancer to fit in structural and architectural contexts (scales, buildings, abandoned structures, etc..) That represent the elements of contrast and harmony at the same time and fit in a landscape identifier of the place. One of the tools of this compositional work is the widespread use of wide angle lenses, which give a strong deformation of the subject and the background, standing out hands, feet, architectural details, sometimes up to tilt angles and lose visual orientation . Vertical and horizontal lines blur and the horizons are rotated according to criteria absolutely instinctive.
This is another element that generates my photographs, the pure instinct of composition, where a photograph can be read either horizontally or vertically, according to the subjective views of the beholder and not dictated by the technical knowledge of dance. Its important to stress this instinct that guides me in the interpretation of the lines generated by a dancer, although not peculiar notions about dance and its history.
I have been photographing dancers around Europe (mostly in Madrid, London, Rome, Berlin, Paris, Florence, etc.), United States (New York, Albany) and Russian Federation (Saint-Petersburg).
The project "DANCER INSIDE": was shown in several exhibitions:


You have here some links about the exhibitions: