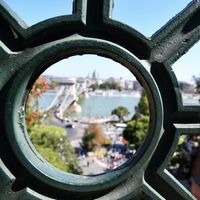 Welcome to my profile!

It is now 2020, the kids have moved from home and I have become a grand dad.

Equipment upgraded several times along with the technological development

In my early years I spent a lot of time with old fashion photo development. That was great. Exposing light on a piece of paper and then getting a picture – magic!

Then I forgot everything about photos. I started my education, my working life and later on me and my wife started a family :-)

Then, when our first daughter was born back in 1992 I started out again but only as a kind of documentary process with photos and videos. Great stuff watching - but only if you are a part of the family! At you own responsibility you can enter my private site:
http://wolles.dk/Foto%20mapper/index.htm
Beware - it’s in Danish!

In November 2004 I bought a Nikon D70. That was kind of obligating. The first four months of my ownership I shot about 7000 pictures and deleted at least half of them.

I began to see an interest in the picture itself. I started thinking that a picture was not only to be seen as a documentary item. It was a lot more fun to be watching a picture that beside of being a mark of time was exposing feelings attitudes and moods.

I haven’t got it yet – the picture that shows the moment I lived in when I took it. I mostly get a weak photographic copy of it – but I’m still working on it.

Picture you life - and get a picture of it!