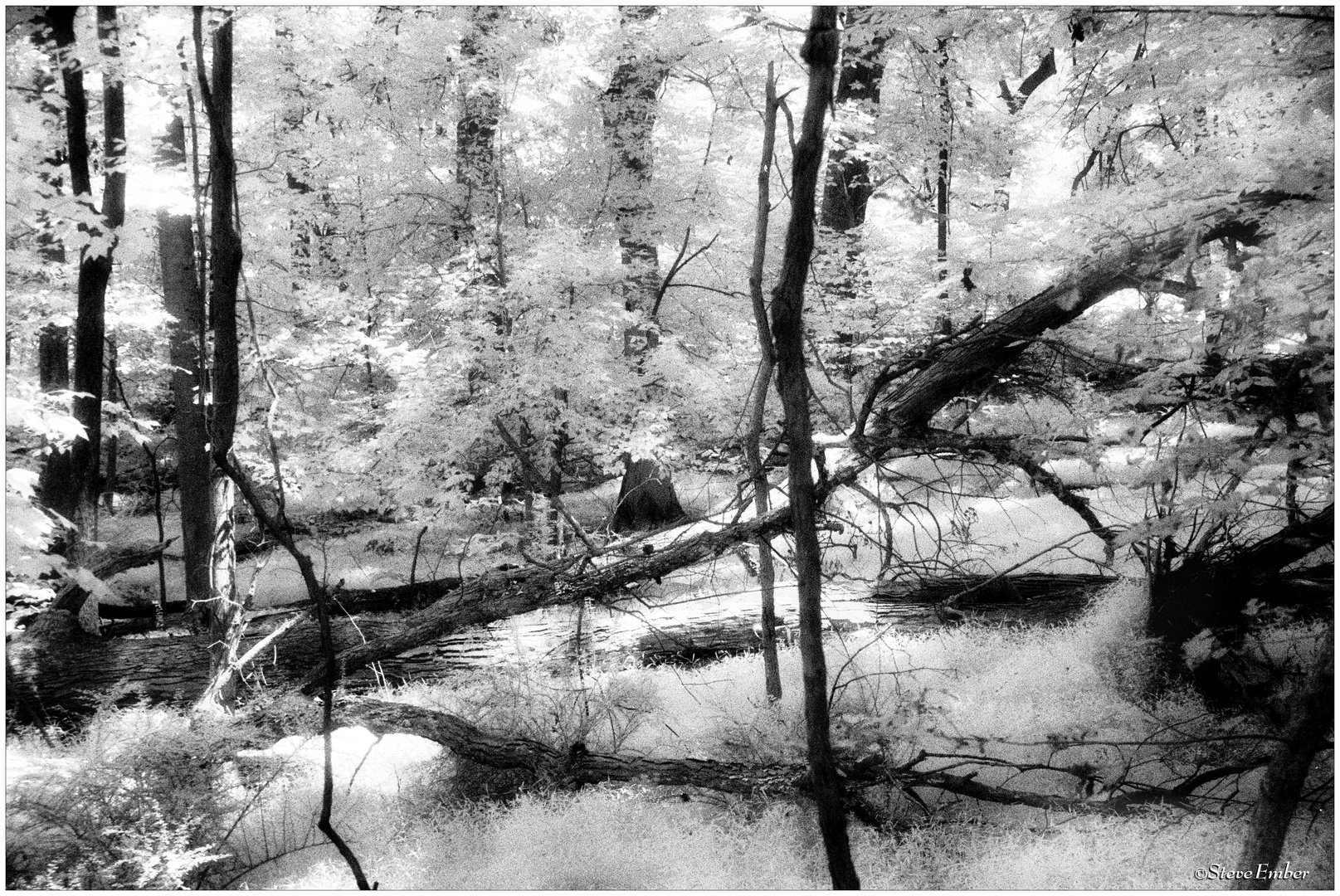 One might perhaps initially take this for a snow scene, or at least a forest visited overnight by hoarfrost.

In fact, it was taken on a summer afternoon on Kodak HIE infrared black and white film, which accounts for the ethereal tonalities, not only in the leaves on the trees but also in the luxuriant Japanese Stiltgrass that covered the forest floor here in the Patapsco River valley in central Maryland.

Shot in August 2014, it makes its first appearance here on a brutally cold post-snowstorm day in early January.