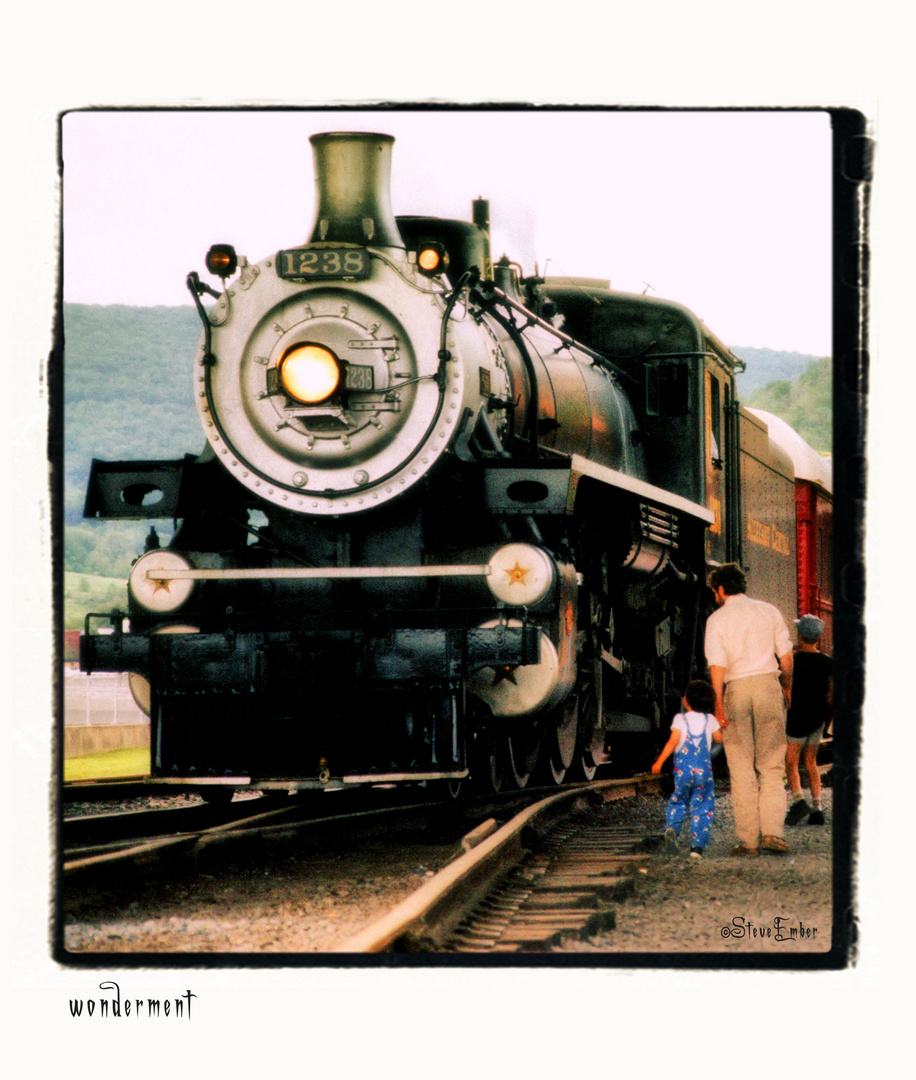 A scene likely to play out as long as steam locomotives, little boys, little girls, and their parents cohabit the planet...

Once upon a time, Pacific-class locomotive 1238 pulled excursion trains on the Allegheny Central Railroad,
over former Western Maryland Railway tracks from Cumberland to Frostburg in western Maryland.

If she looks familiar, 1238 was used in the BBC mini series "Nancy" chronicling the life of Nancy Astor.

The image, adapted from a color transparency original, is available as a custom printed note card.