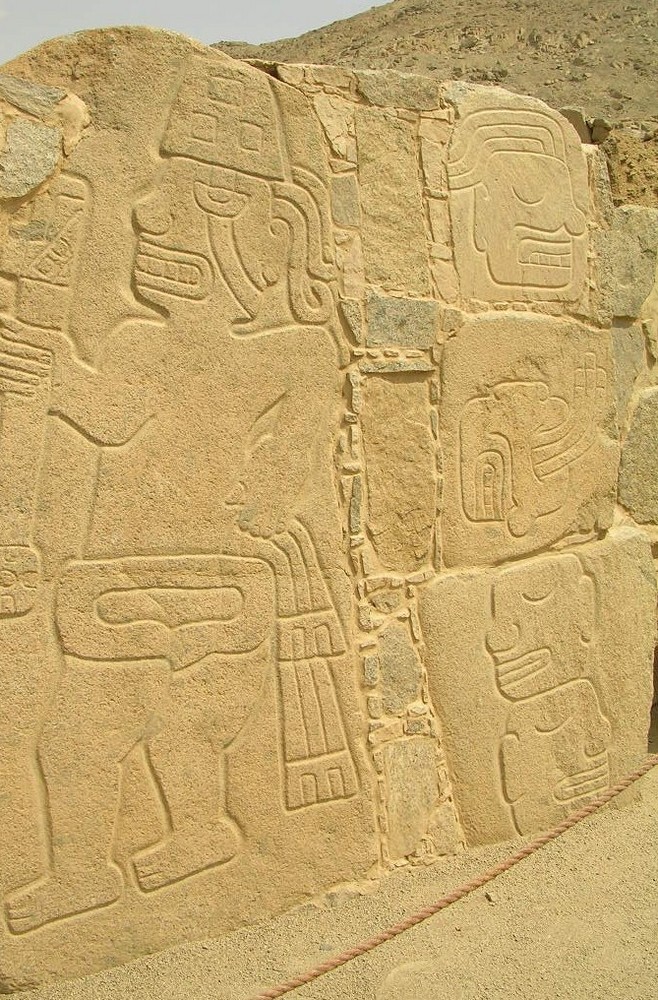 This is one of the most important ruins on the Peruvian coast. It consists of a large square temple completely faced with carved stone monoliths probably over 500 of them representing two lines of warriors marching towards the principal entrance from opposite sides. Between each warrior are carvings of men being eviscerated, heads with blood gushing from eyes or mouths, dismembered legs, arms, torsos, ears, eyes and vertebrae. The mural is thought by some to narrate the results of a battle, with the fates of the conquerors and the conquered graphically depicted. Others believe it shows ritual rather than actual combat. Either way, the style is unique in Peru for its naturalistic vigour. The importance of the site lies in the fact that it is one of the oldest centres in the country to demonstrate war-like activity, ceremonial or otherwise, and the extent to which extreme violence was a part of life.