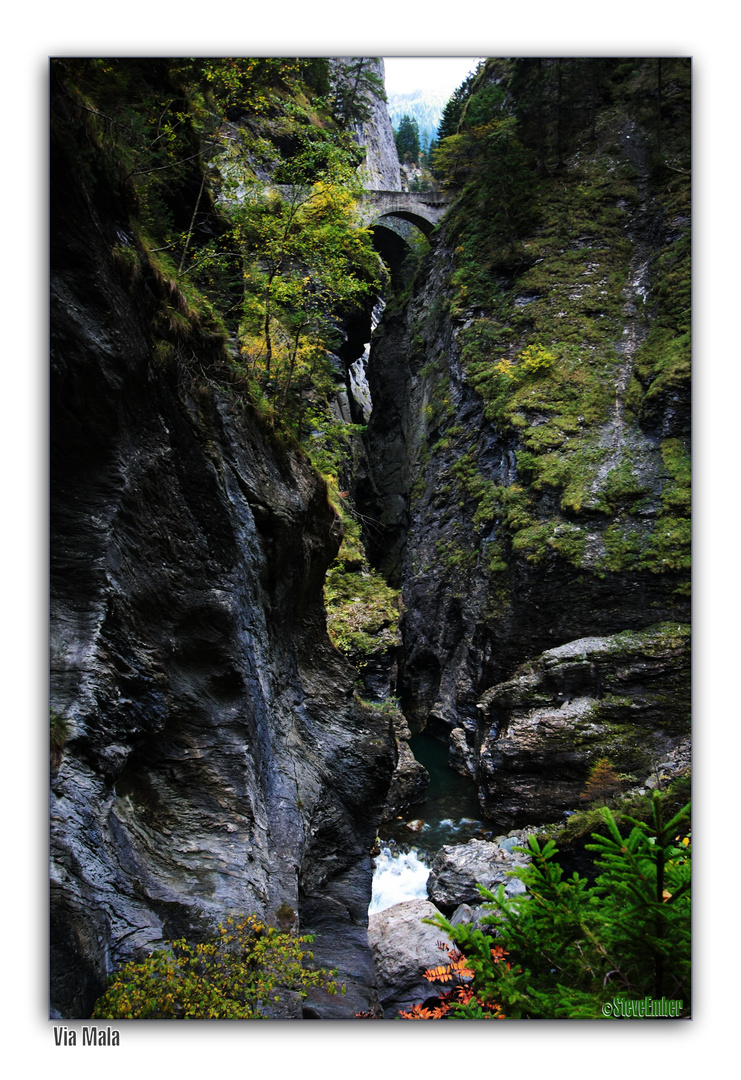 Via Mala! The name is both apt and evocative. Via Mala literally means the
bad path, in the ancient Rhaeto-Romansch language of Canton Graubünden.

Through its chasm of up to 300 meter high cliffs plunges the Hinterrhein branch of the young Rhine.

One can imagine the preternatural fears this place must have elicited, hundreds
of years ago in the minds of muleteers making the treacherous journey between
Italy and the north. Indeed, as far back as Roman times, this route was used by
traders seeking access to the Alpine passes of Splügen and San Bernardino.

Arriving at Via Mala, the skies were threatening. Somehow, that – and
the brisk winds – went along with the wildromantisch of the gorge.

Fortunately, as I descended into the Gorge, the skies began to clear
allowing some sunlight in to bring out the craggy textures of this wild setting.

This image is available in archival gallery prints and as a Custom Printed Photo Note Card.

Another view of the gorge…