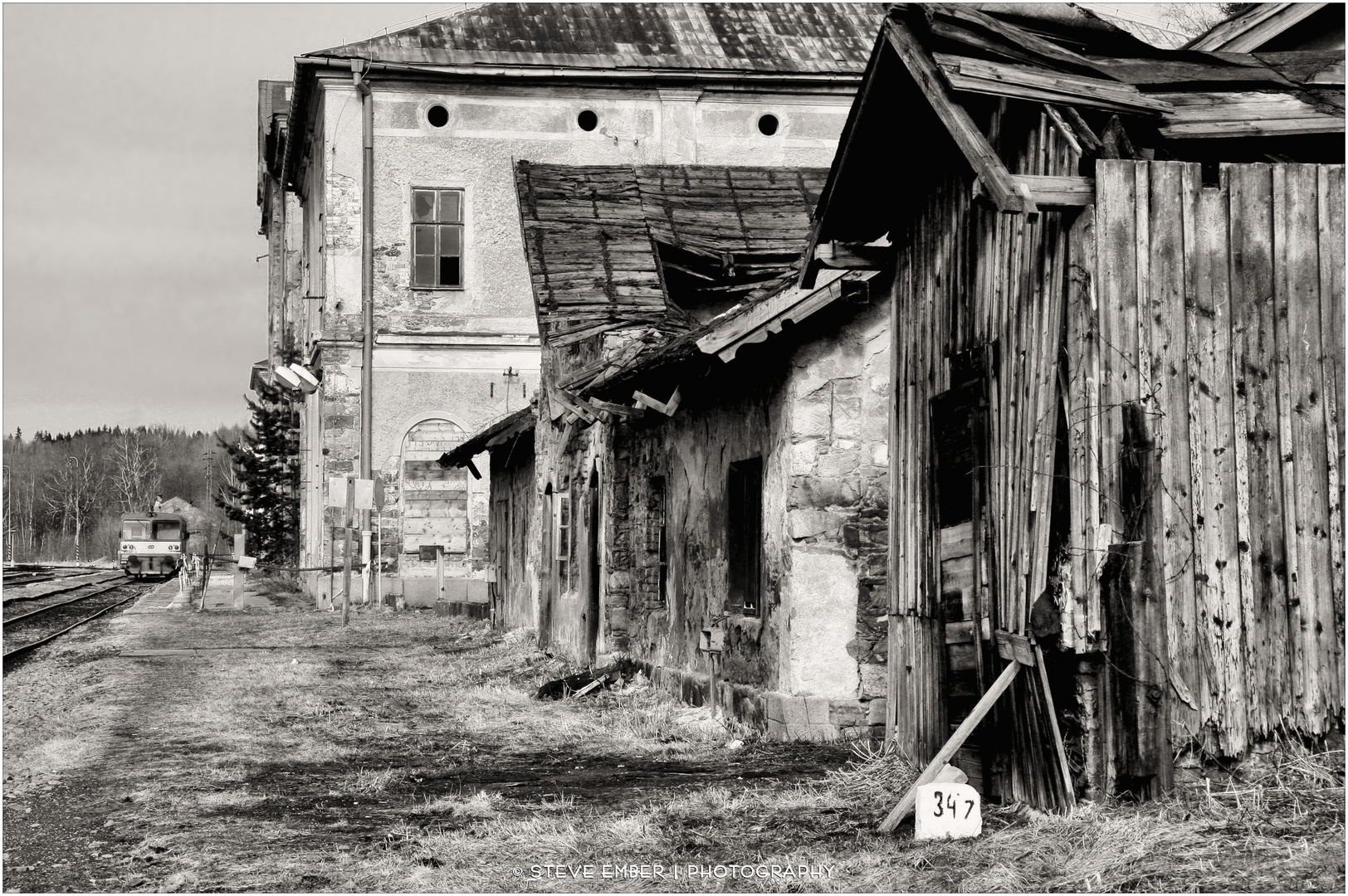 One might imagine when, in its prouder days, the once grand Vejprty railway station, rising beyond the decrepit and decaying baggage and freight buildings in the foreground, served as a busy rail frontier between Germany and the Austro-Hungarian Empire, with through trains from points in Germany and Western Europe making this their first stop in what was then Czechoslovakia.

By the time this photo was taken, in February 2008, this faded edifice no longer serviced through trains, but served instead as a transfer point where passengers entering from the Erzgebirge region of eastern Germany on infrequent regional trains would disembark and board the stolid diesel railcar for the continuation of their journey to destinations within the Czech Republic, such as Chomutov.

Yes, whatever "grandeur" might have once enhanced the aura of this particular railway station had most certainly faded. But the rough-hewn textures of the old brick, stone, and wood, with the somewhat forlorn-looking railcar, proved an inviting motif for photography on this chilly winter's day.

In fact, in the absence of train activity, I found myself imagining the scene, well before the Communist-era inattention and decay had taken its toll on these buildings. Perhaps never a "glamour" stop, or even a rail line worthy of inclusion in one of the great train novels...but the romantic in me couldn't help conjuring up an immaculate Deutsche Reichsbahn train pulled by a thundering steam locomotive as it crossed the trestle from Eastern Germany and rolled into this border station...On the station platform, uniformed customs and railway officials...Amidst clouds of steam and coal smoke, a man in trench coat with slouch hat pulled low makes eye contact with elegant looking woman of mysterious mien standing in the vestibule between two sleeping cars...she hands down to him a folded over Berliner Zeitung and disappears in the swirling steam, as shrill whistle and sharp CHUFF signal the train's departure into the night...

Oh, my...was I sniffing too much creosote as I walked along the tracks with my cameras?