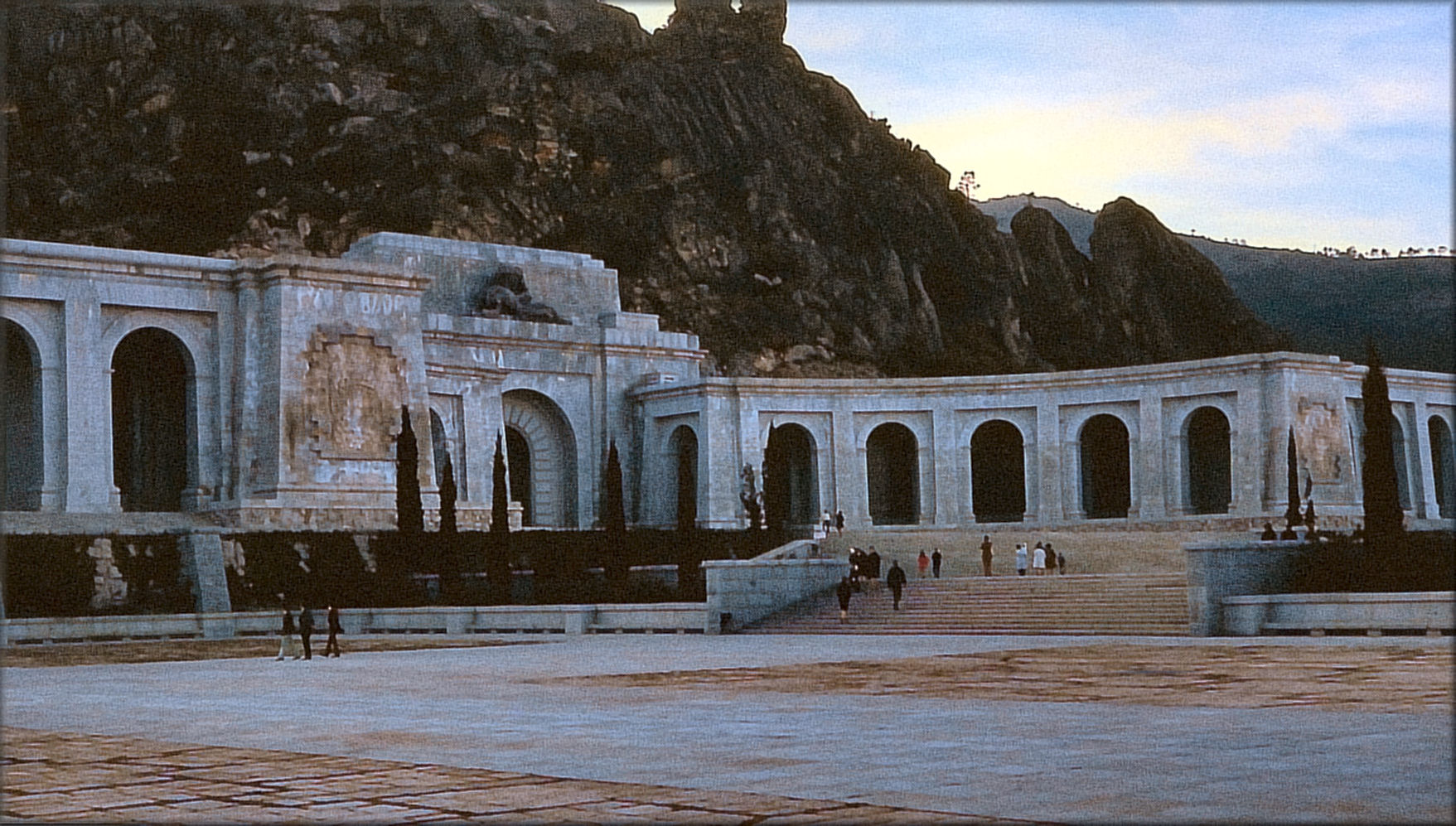 The Valle de los Caídos , "Valley of the Fallen", is a Catholic basilica and a monumental memorial in the municipality of San Lorenzo de El Escorial, erected in the Sierra de Guadarrama, near Madrid,conceived by Spanish dictator Francisco Franco to honour and bury those who fell fighting during the Spanish Civil War. Franco said that the monument was a "national act of atonement" and reconciliation.