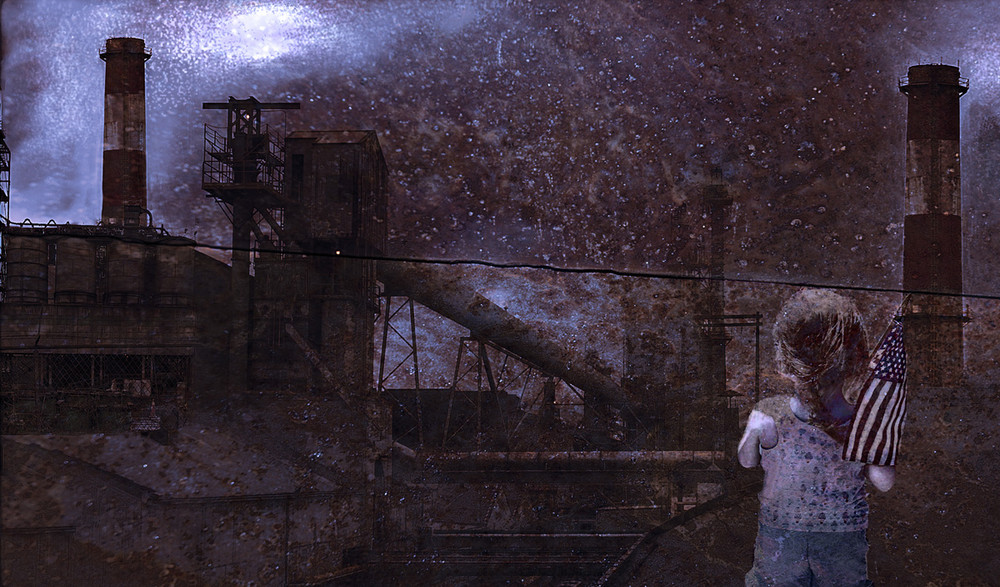 Urban landscape in a fearful time

Urban landscape in a fearful time

Originally took pic in the industrial area of Seattle. Was a particularly cold day and the steam was roaring out of the two towers. When I overlayed it with a rust image it just worked to create a harsh, barren urban landscape. Then a friend gave me a picture of his daughter and I had to place her in the image.......seems right? Right?