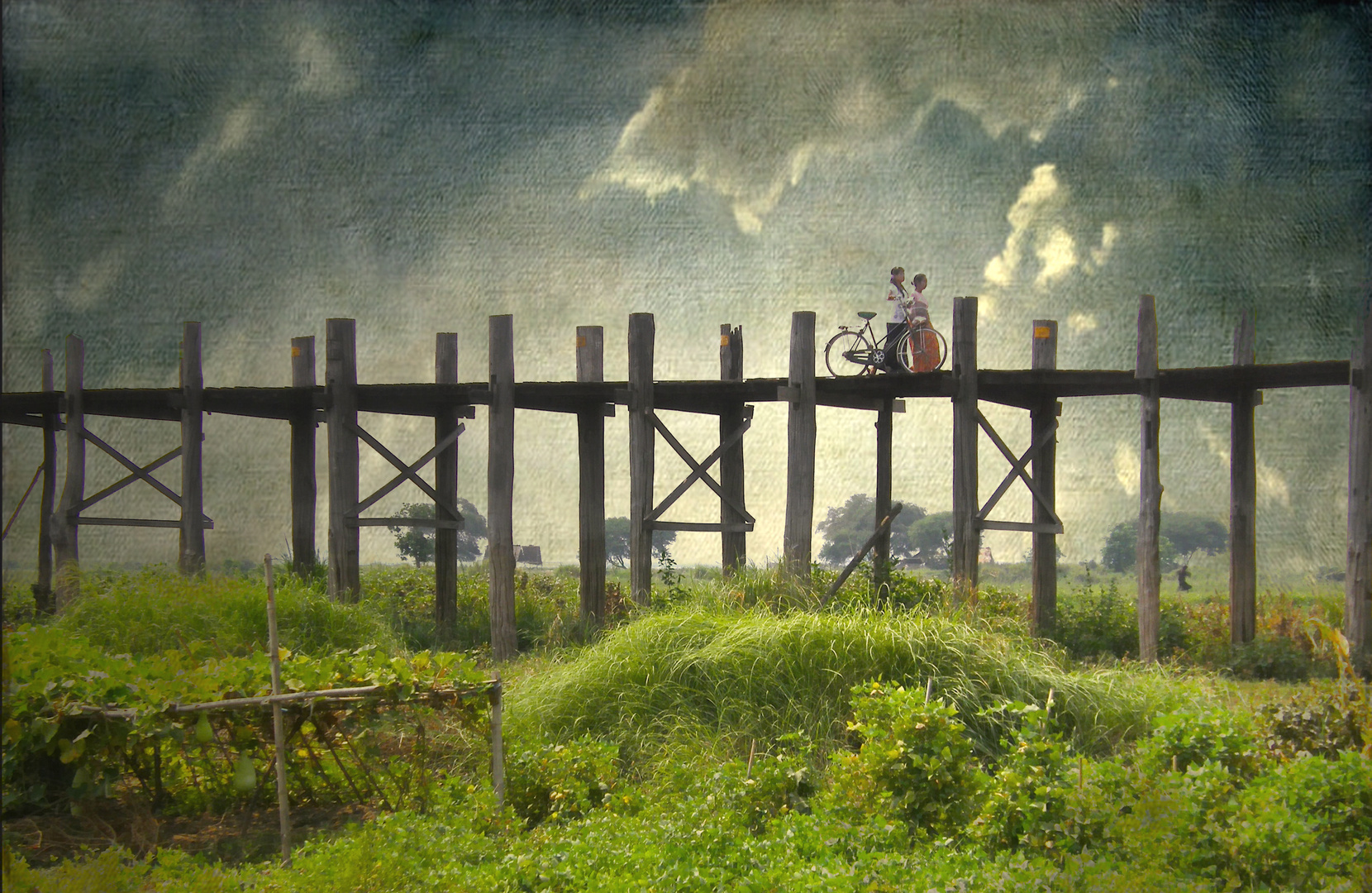 At the Ipernity photo site I often see a reference to the textures of Anna Lenabem. These textures are free to use as long as a link to her work is given. I started to experiment with these textures. Above a first result of a Photoshop merging of a Burma photo with texture 305 as given at https://www.flickr.com/photos/lenabem-anna/albums/72157624082271697/page5 Thank you Anna Lenabem!

The U Bein Bridge is a crossing that spans the Taungthaman Lake near Amarapura in Myanmar. The 1.2-kilometre (0.75 mi) bridge was built around 1850 and is believed to be the oldest and longest teakwood bridge in the world. Construction began when the capital of Ava Kingdom moved to Amarapura and the bridge is named after the mayor who had it built. It is used as an important passageway for the local people: https://en.wikipedia.org/wiki/U_Bein_Bridge