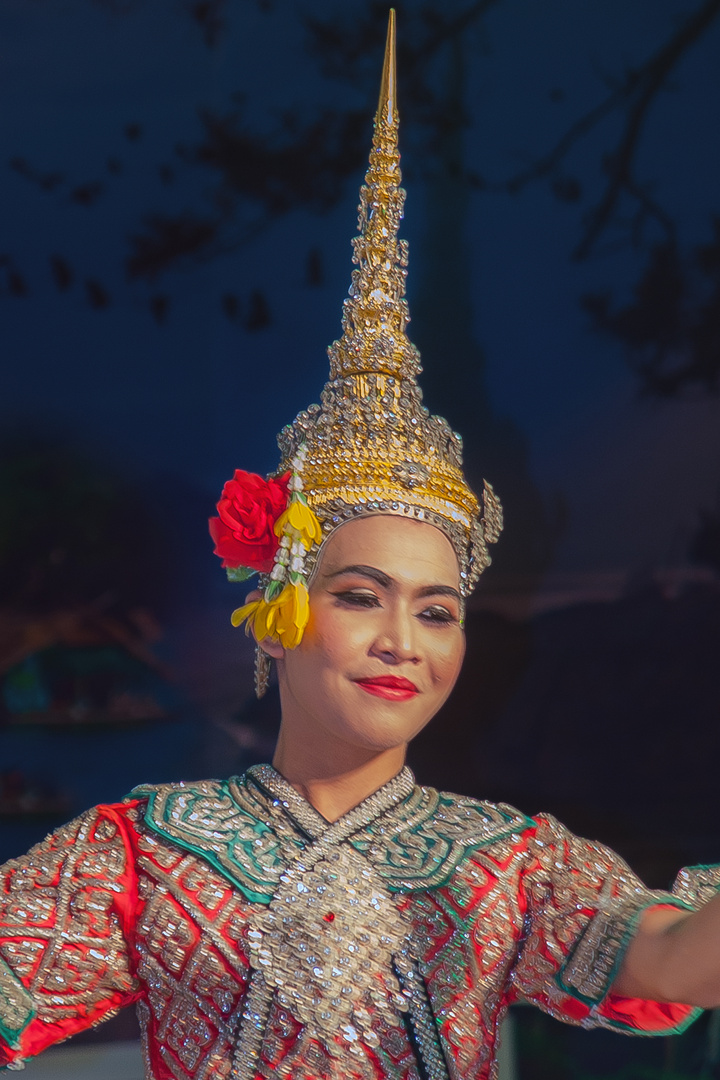 The young Thai lady in the traditional Thai Khon costume on the dance at the festival in Loei.
Khon, a dance form which first appeared between 1400 and 1700, is based on the Hindu Ramayana epic, the struggle between good and evil, known in Thai culture as Ramakien.