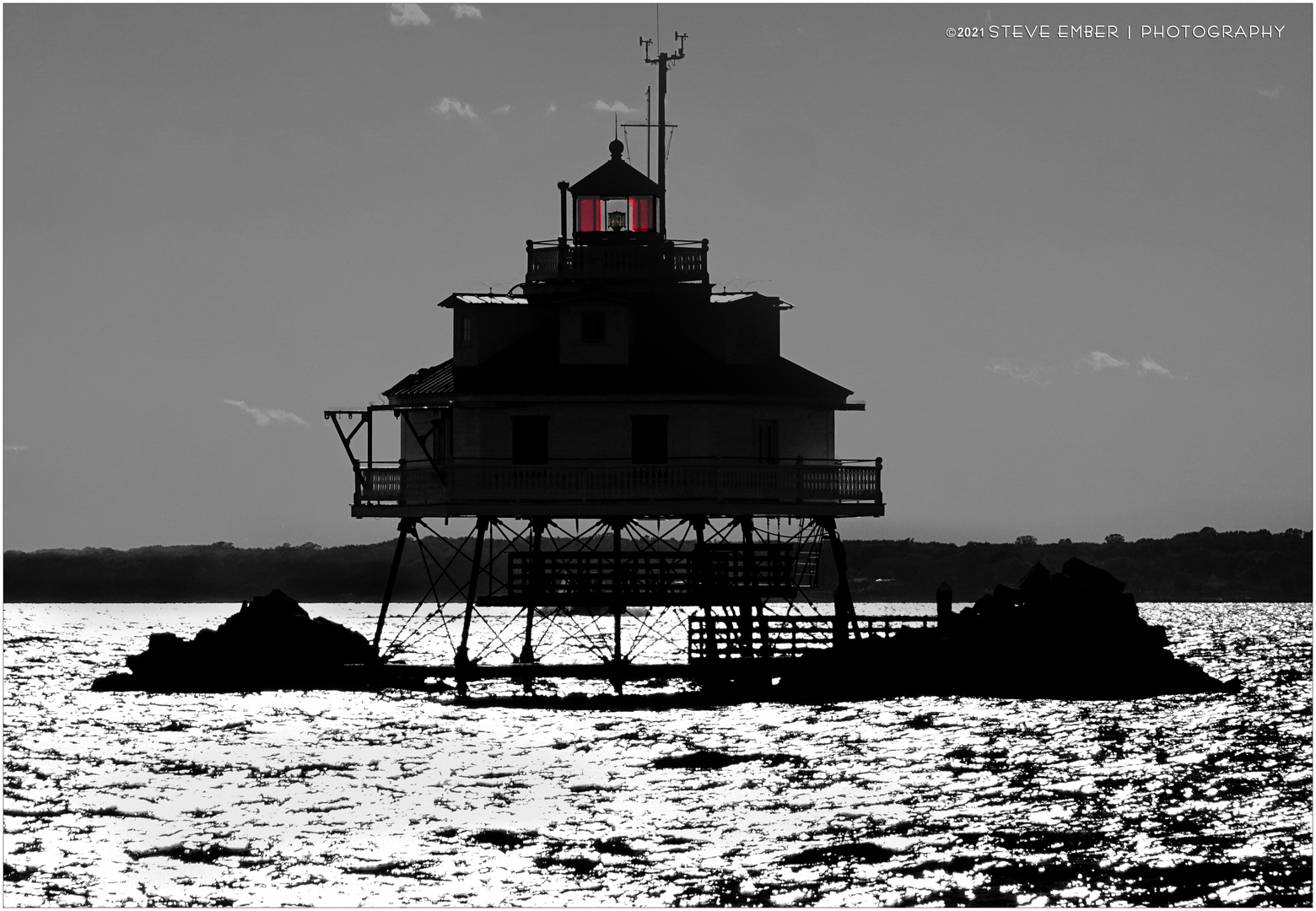 Officially known as the Thomas Point Shoal Light (or Light Station), the hexagonal one-and-one-half story white
cottage, topped by its flashing beacon, sits at the mouth of South River in the Chesapeake Bay off Annapolis.

On April 15, 1888, the station’s characteristic of a red flash seen from all directions was altered to
display a flashing white light over a 169° arc covering the best water east of the lighthouse and a
flashing red elsewhere. I took my cue for this impression from that "elsewhere-flashing" red light.

It was photographed in the late day sunshine of an early autumn afternoon, as we circled the lighthouse. (*)