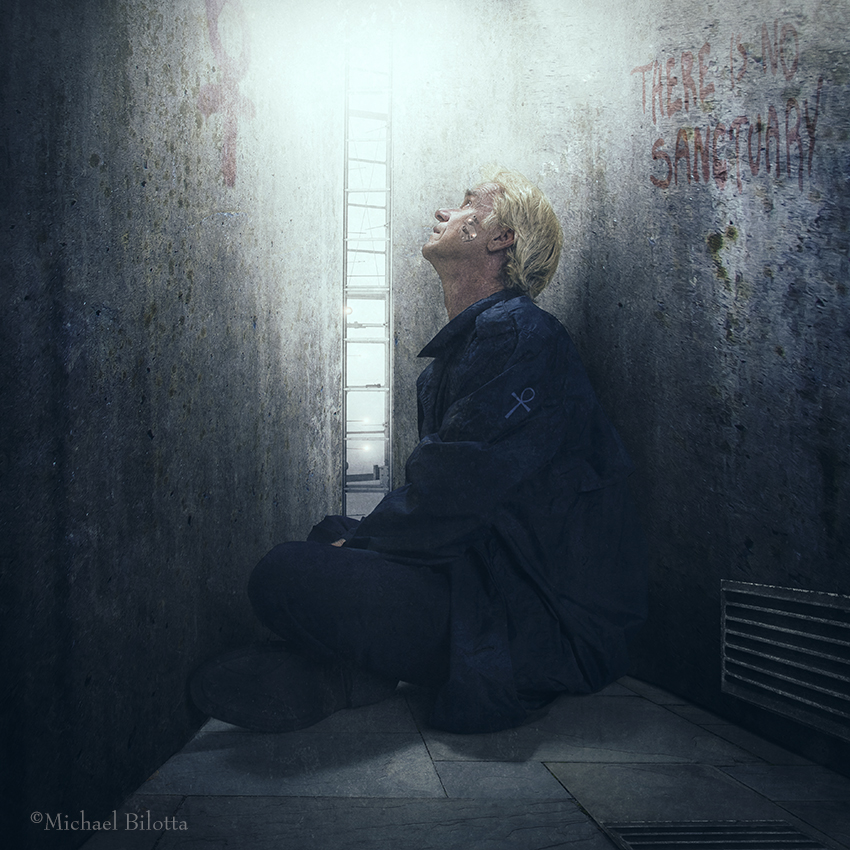 There Is No Sanctuary

There Is No Sanctuary

At first glance, looking at a classic SciFi film from the mid 70s might reveal a slightly tongue in cheek campiness and very little else. Logan's Run is a good example of something that might seem rather dated and silly, but has a lot of metaphorical layers to it. These layers connected with me as a young person and this film and its central themes stayed with me.

If you don't know the premise, it is essentially this:

In a post apocalyptic world, a domed city thrives with a population of beautiful, care-free people run by a central computer network. No one has to work - leisure and pleasure abound, but there is one catch: when you reach your thirtieth birthday, you must be "renewed" in Carousel. Carousel is a public spectacle where those whose "life clocks" have expired must rise to the top of the amphitheater to be obliterated by a lethal machine. The throng of spectators cheer because there is a rebirth promised to all who renew.

Some do not believe in Carousel. Some wish to live beyond their thirtieth year and decide to run. They run, trying to escape the confines of the domed city, to a place that is rumored to exist, outside the dome, called Sanctuary. No one who has ever run has been heard from again, Many are killed trying to escape by the Sandmen, a police force used to dispatch anyone who runs. One of the Sandmen, Logan, is tasked by the central computer to infiltrate the underground and find and destroy Sanctuary, an underground that uses the ancient Egyptian symbol Ankh as access out of the city seals. Logan's 26 years are altered to 30, so his life clock, a crystal embedded in the hand, denotes his time is up. He meets someone from the underground, Jessica, and with her help, escapes the city.

They soon learn that no one has ever made it out of the city. Between the city and the mysterious outside world, is a frozen processing facility used for food production for the city. The facility is run by a malfunctioning, twisted robot called Box, who has been freezing anything that passes his way. Hallways are full of runners, frozen in the ice. Frozen animals abound, frozen birds hang from the ceiling. Logan and Jessica manage to escape and finally see the world outside the dome.

And they soon learn it is awful. Never had they experienced an unconditioned nature - animals, insects, no shelter, it's cold. They begin to doubt Sanctuary could possibly exist in such a place.
They see the decayed remnants of a very old city, which used to be Washington DC, and encounter an old man living there. They have never met anyone older than thirty years old. The man is eccentric form years living on his own, and they persuade him to return to the city with them, to show everyone that Carousel is a lie and that Carousel doesn't exist. No one needs to die pointlessly at thirty.

That's the basic story line of the film. The metaphor that always gripped me was Carousel as allegory for religion or religious beliefs. People believe in their rebirth, similar to reincarnation or eternal afterlife, and are willing to die for it. Carousel is a construct created by the computer for population control in the city, and they built a religious philosophy around the cold fact of exterminating the population to make people complicit with this need. The runners are looking for Sanctuary, which could be a metaphor for Reason, or logic, or an enlightened, secular society, free of superstition and needless self immolation.

But there is no Sanctuary. There is no ideal place in the savage garden of the world outside, or in the confines of the city filled with the pliant, naive minds of the population only interested in the pleasure of life.

These are the motifs I was playing with here. Rather than do a literal recreation of the film, I wanted to use some of the themes and still keep the image open-ended. My character (certainly older than thirty) is in the underground, looking for Sanctuary. He reaches a dead end and finds a message on the wall that tells him what he knew deep down already - that there is no sanctuary.

I will hopefully be revisiting the film's themes and motifs again soon, but this one, with its connection to atheism and searching for a way out of the confines of the religious indoctrination of society, is especially poignant for me.