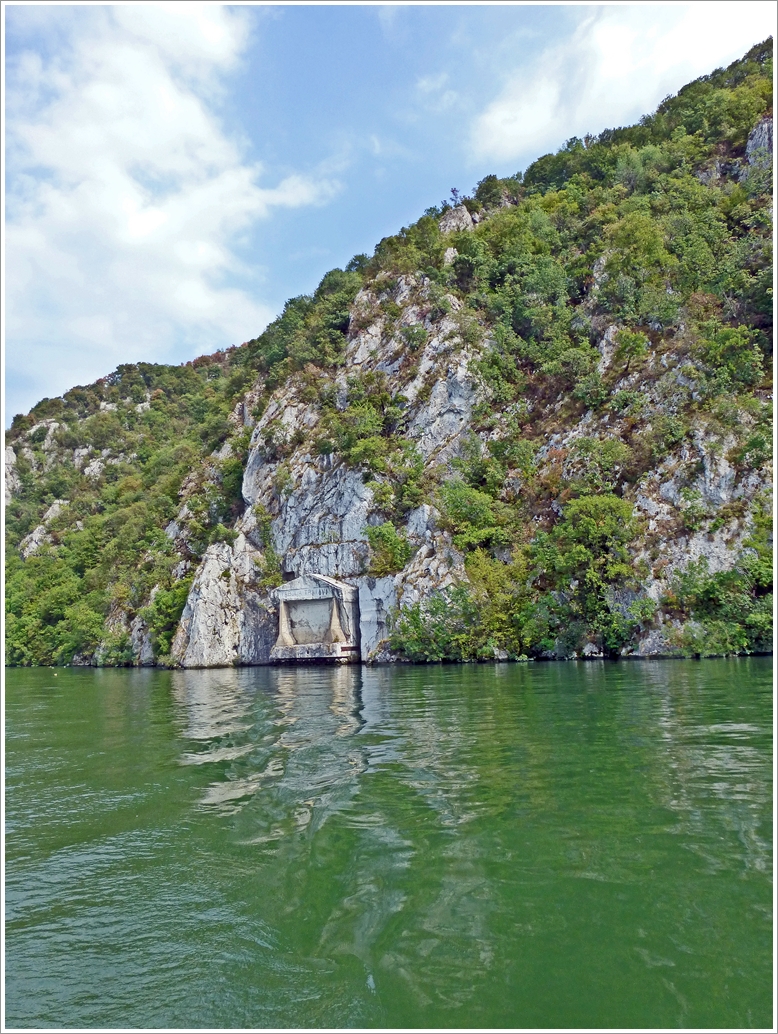 A Roman memorial plaque ("Tabula Traiana"), 4 meters wide and 1.75 metres high, commemorating the completion of Trajan's military road is located on the Serbian side facing Romania near Ogradina. In 1972, when the Iron Gate I Hydroelectric Power Station was built, the plaque was moved from its original location, and lifted to the present place. It reads:
IMP. CAESAR. DIVI. NERVAE. F
NERVA TRAIANVS. AVG. GERM
PONTIF MAXIMUS TRIB POT IIII
PATER PATRIAE COS III
MONTIBVUS EXCISI(s) ANCO(ni)BVS
SVBLAT(i)S VIA(m) F(ecit)
The text was interpreted by Otto Benndorf to mean:
Emperor Caesar son of the divine Nerva, Nerva Trajan, the Augustus, Germanicus, Pontifex Maximus, invested for the fourth time as Tribune, Father of the Fatherland, Consul for the third time, excavating mountain rocks and using wood beams has made this road.

More photos of Anca Silvia B.