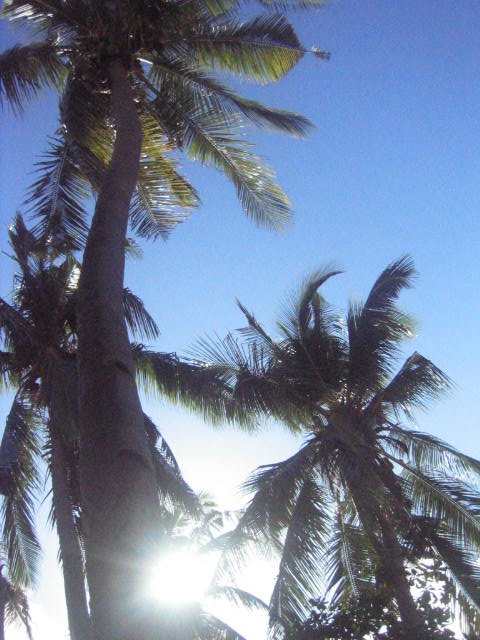 The Sun under the Coconuts

The Sun under the Coconuts

Coconuts are everywhere in the Philippines, it has been a symbol for our country esp. for its people.

And i wanted to capture that grandeur, so i have decided to take the shot from its lowest part part I could show, up to its greatest height.

I was really lying done to take this shot...

While standing, you will not see the effect of the sun or the presence of it until you position yourself in that way, so I just fixed it by also including the sunrays. Because in the first place, the sun was already there before me... ;0