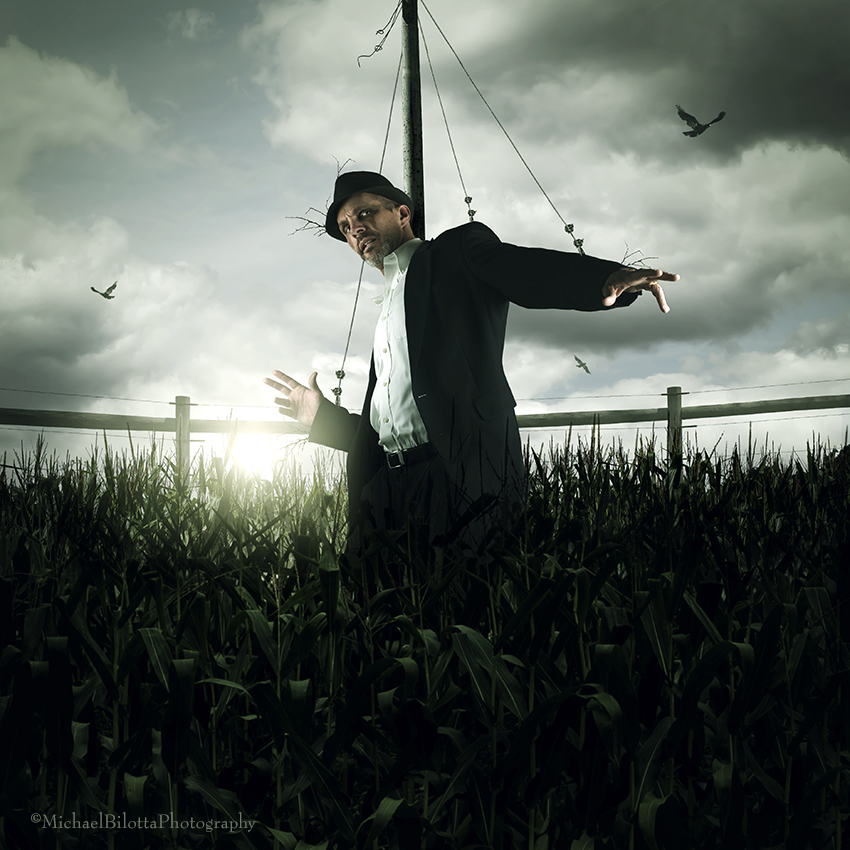 The purpose of a scarecrow is to, obviously, scare off crows. The idea is that a human presence will make the crows think twice about invading the fields of corn and flying off with stolen plunder. Whether it's ever been effective is questionable - perhaps in the short term it is.

Lately I have been thinking about perception - how others perceive you. How much is true perception and how much is expectation of your behavior? The fact of the matter is, people like to label you and need or at least expect you to be consistent.

But what happens if you change and the perceptions of others do not?

After years of unaided depression, I started taking meds again, and yes, I do feel different, I do feel better. I feel a lot of weight, a lot of anger, has lifted and daily life is not so arduous. A lot of people mistake my depression, my anxiety, for anger or aggression. Not to say I am not ever angry, but the reasons why are linked to depression more than anything else. Regardless, I feel a lot better now, but the perception that I am still a "negative" or angry person remains in the minds of others.

My new mood is being largely rejected or missed by those in my life.

And why is that? Is it because the change is more internal, more subtle than I think it is? Or is it that need we have to categorize something or someone and have that category be a constant? Perhaps a little of both, but this disparity is troublesome.

Do people need you to remain the same? How much a part does external perception play in your own estimation of your identity? Is all change discouraged because it upsets some sense of equilibrium in others?

This is the basis for the metaphor at work in this image, this social oddity I like to call "the Scarecrow Syndrome." If everyone else is a crow, and I am the big bad scarecrow in the field keeping them at bay, am I always going to be perceived as this scarecrow? Will there ever be a time when a level of trust is reached where the dark man in the field is deemed approachable? Perhaps it is my own doing - my own defense mechanism at play. Years spent keeping others away, protecting my personal space from attack have possibly led to a permanence of this stance. Maybe it's immutable, or maybe that is the role I have fallen into in the lives of others.

Beginning with a song called "Raising a Scarecrow" which I wrote in 1991, and then an image based on that song a couple of years ago, this metaphor of the scarecrow seems to be recurring, and I suppose there must be some truth to it in my life.

Regardless of the personal connection, this image was initially inspired by a wonderful pose and expression from model Ben, who increasingly serves as my stand in, my everyman, my protagonist, and occasionally my antagonist. Once I put him in a field of corn, these rest happened very quickly. There is a great deal of frustration with working as I do - with no pre-conceived ideas or agenda, but once in a while, the value of working this way reveals itself as it did when making this one. I had been thinking about my role as scarecrow in life, and then this image happened - as if revealing and connecting to my recent thoughts and giving them expression, and, ultimately, release.